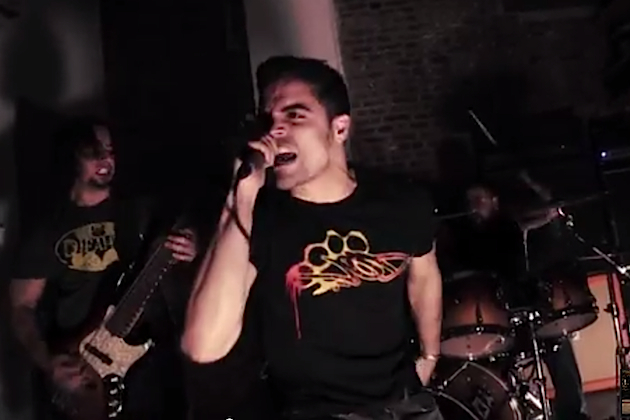 According to the New York Daily News, a former Port Authority New York police officer has pleaded guilty to fraud after he was busted moonlighting on the road as the lead singer for the Brooklyn-based heavy metal band called COUSIN SLEAZE while collecting disability payments from the police department.

Christopher Inserra resigned from the force on Monday (April 21) and entered a guilty plea in federal court in Brooklyn on Tuesday (April 22). He faces eight to 14 months in prison for mail fraud.

Inserra, 32, is accused of fraudulently collecting more than $30,000 in disability payments over a nearly two-year period after claiming that he was disabled due to lack of mobility to his right arm because of an arm injury he suffered while on duty at the World Trade Center in June 2010. In addition to getting time off with full pay, he filed claims with an insurance company that resulted in two payments totaling $30,486.

Inserra’s claims were called into question when photos of him performing with COUSIN SLEAZE in 2011 showed him “repeatedly moving his arms in a punching motion” and “violently flailing his arm in an up-and-down motion,” a criminal complaint said.

After telling doctors he was still in intense pain in September 2011, Inserra and his bandmates hit the road for the “Miles Of Mayhem” tour and video footage surfaced of him pumping his fists and thrashing around onstage.

Inserra returned to work in March 2012 and held his position until earlier this week. He will be sentenced on August 5.

COUSIN SLEAZE’s video for the song “Still Screaming” can be seen below.