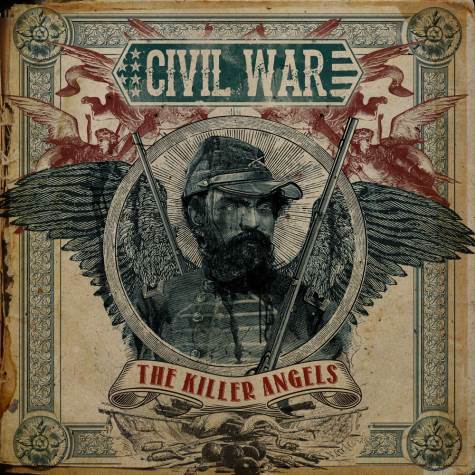 A three-minute YouTube clip containing audio samples of the tracks that appear on the debut EP from CIVIL WAR can be found below. The CD was released on November 13, 2012 via Despotz Records.

According to Sundén, CIVIL WAR’s sound is “more old-school hard rock,” with “a little less keyboards” than that of SABATON. He says, “With Patrik’s vocals on top, it becomes a different thing, but there are some parallels [to our previous band].”

Regarding how CIVIL WAR came together, Mullback told the Swedish-language newspaper Dalarnas Tidningar (DT), “It came pretty naturally. We always thought Patrik had a good voice and he accepted our offer when we asked him to join the band.”

“I had no hesitation about getting involved,” Patrik said. “ASTRAL DOORS certainly has a solid fan base, but we are a little more underground. I see this as an opportunity to reach a wider audience.”

The four ex members of SABATON were never involved in the songwriting process with their former band since those duties were usually handled by vocalist Joakim Brodén. But in the new group, everyone is contributing ideas.

“This has been a reawakening of sorts,” Mÿhr said. “I have never been in a situation where there has been so much creativity.”

On the topic of whether CIVIL WAR will continue SABATON’s tradition of focusing on war-related themes in its lyrics, Mÿhr said, “No, we won’t. Now the lyrics can be about anything. [CIVIL WAR was just] a good name that sounded good.”