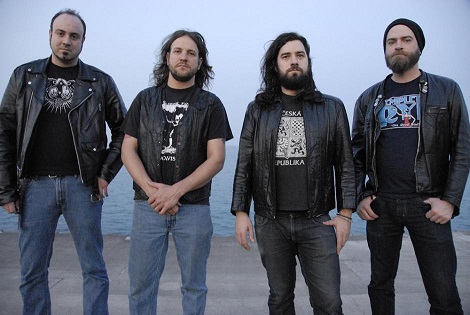 Chicago rock/metal outfit BIBLE OF THE DEVIL have posted the following update:

“Greetings BOTD fans! It has been quite awhile since you have heard anything from us. Lots of new developments are happening, but we’d first like to tell you that Mark Hoffmann quit the band in January of this year. This was his decision, and we wish him the best of luck in his future endeavors.

During our hiatus, we had plenty of time to think about the future of BOTD. The remaining three of us decided that there is still more music to be made and we needed to move forward. However, doing this as a three piece was not an option. Just ask Nate about his fun with a Harmonizer pedal! A second guitar player would need to fill the void. After a careful search we found a good match. Please welcome guitarist Chris Grubbs of the band HAY PERRO to the BOTD camp. Chris is here to provide rhythm and guitar harmonies that are essential to BOTD’s signature sound. This will allow Nate Perry to take the lead on vocals with Darren Amaya providing the backups.

We will be spending the summer rehearsing and writing and get back in the live circuit this fall. We’ve got some regional dates up on our shows page, and our first Chicago show in nearly a year will be November 2nd at Reggie’s for Alehorn of Power VII. Stay tuned for the full announcement. We guarantee you will not want to miss it.”

The band’s most recent album was 2012’s For the Love of Thugs & Fools, which released by Cruz del Sur Music. 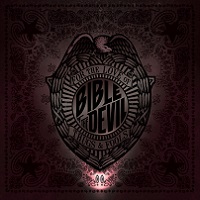