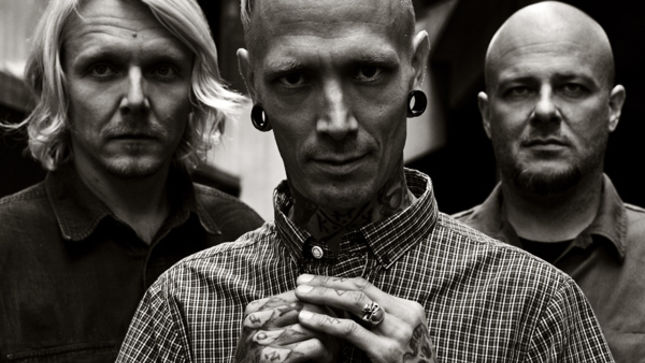 pinefarm Records has announced the signing of AT THE HOLLOW to the label’s already formidable roster of bands. The Finnish trio has spent recent months working on its label debut, which was recorded at Sound Supreme Studio in its native Finland with producer Janne Saksa (Mokoma, Turisas, Stamina and Rotten Sound).

The debut album is due out on February 17th, and is titled What I Hold Most Dear. The first single and video will be for the song “Was It Worth It”.

About the recording, the band offered some insight into their sound and the result, and said, “When going to the studio, we were in that point where we had enough songs ready to record our debut album. We were ready. It was springtime and there was so much light everywhere, but we still found the right mood to the sound in between purity and death. We had a clear vision on what we wanted to get caught on tape and working in the studio made us do it. While making the record, we felt like all the members got stronger and everyone really found their own place in the band. Everything kind of…clicked. We, as a band, and our audio engineer realized that we were dealing with something totally new and fresh that has never been heard before.”

AT THE HOLLOW are Risto Järvelin – percussions; Kalle Koo – guitar & vocals; Juho Martikainen – contrabass. The thirtysomething members hail from the South of Finland and were raised on a steady diet of grunge, heavy metal, classical/orchestral music and left-of-center electronic music. They are fans of Megadeth, John Coltrane, Prokofjev and everyone in between.

Each member has their own unique story and background involving music, as students, as teachers and as men that have survived through music in itself. That in and of itself makes the album authentic and from a very real place, stripped of pretense and is that which avoids the trap of “overthinking” it.

At present, At the Hollow’s music is the product of plain life, death, burn out, recovery, rehearsing, recording, more rehearsing, playing live and a shared passion for playing this type of music.

Check out a teaser video below: 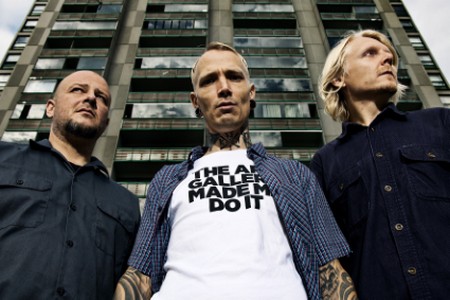 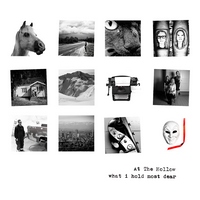