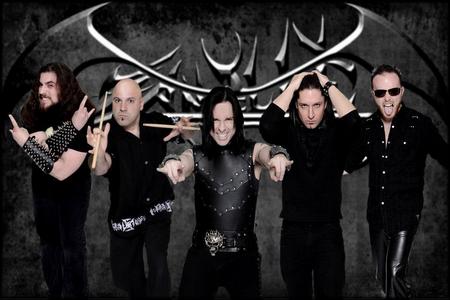 Anyone remember the dark times for any sort of melodic, classic, traditional heavy metal in North America during the 1990’s when alternative, grunge, and nu-metal ruled the major media airwaves? Being a staunch supporter of those styles (along with power, progressive, and thrash) since my indoctrination to the genre, finding out about the bands still putting out albums in those genres as well as discovering new talent was an uphill climb. Before the internet information explosion, the network of fanzines, magazines, specialty radio, tape trading, or live concert exposure were the main avenues to keep up on the burgeoning popularity of Blind Guardian, Edguy, Stratovarius, and a whole host of others.

New York power metal veterans have also felt this ‘no respect’ tag, going on almost 20 years as a band. Witnessing the band through the years at a couple of late 90’s/early 2000’s festivals such as Powermad and Classic Metal, the band would deliver sharp power metal with equal appeal from the US old school formula as much as the happier Euro strains. Bouncing around between a series of independent releases and labels like Limb Music, their current output is probably easier to find in mainland Europe on German label Pure Steel than it is in North America (let your fingertips do the web mail order walking)- as their fifth studio record Perseverance hits the streets this summer.

Shortly after taking in their new record for review the formulation of questions for this e-mail chat with vocalist and founder George Tsalikis shaped up. Even as busy as George is (as you’ll discover through this interview), the man answered the questions within the next business day. In this talk we handle the length gap and lineup shuffles between records, how he feels about his voice through the last two decades, and the plans for three different videos for the new album – as well as some of his all-time favorite metal records. Fires and flames await…

Dead Rhetoric: Perseverance is the fifth studio album for Zandelle and first since 2009’s Flames of Rage. Can you discuss with the readers the lineup changes and why things took so long between releases?

George Tsalikis: Hey Matt! First I want to thank you for this opportunity to discuss with you and your readers the new Zandelle album and all the goings on in the Zandelle camp. Now just to clarify, we did release Shadows of the Past in 2011. So a lot has happened since the release of Flames of Rage as well as the European tour. Just before the tour we were approached by our label to re-release the old demos: the self-titled 1996 EP as well as Shadows of Reality. We started recording was is now Shadows of the Past just before heading over to Europe to tour with Grail Knights. During the tour tensions grew between our two guitarists and the rest of the band. There is nothing like a tour to teach you where people really stand and who they truly are. As a result we parted ways with both guitarists after the tour but were still in the middle of recording Shadows of the Past. What to do? Well, being that Jofu (drummer), James (bassist) and I are skilled with multiple instruments we decided to complete the album ourselves. So we went ahead and recorded all the guitar and keyboard parts and Shadows of the Past was released.

But there we were with no guitarists. We were pretty much ready to hang it all up when our good friend and promoter David Pando called us up to have a Catalyst Promotions reunion (this was the company we worked with in the early life of Zandelle). We told him we had no guitarists and he told us that he already had spoken to Anthony Maglio and TW Durfy (our two original guitarists from the Twilight on Humanity album) and they would be willing to play the show with us. The chemistry on the stage was undeniable and so after meeting with them once again after the reunion show, it was decided to reform the band. We immediately began writing new material and working on it in the studio. Unfortunately it didn’t take long to realize that Anthony did not share the same willingness to pursue this as seriously as the rest of us and so he was let go from the band. At the time, TW had been working on another project with keyboardist Josh Tuckman and suggested trying him out. Being open-minded we gave Josh a try and were blown away by how much he enhanced the Zandelle sound. So he was in. We continued writing until we had all the songs completed and then began the recording phase. Keep in mind, all this did not happen overnight. The recording also took a bit longer than we had anticipated due to circumstances outside our control but we finally did complete it and here we are, just weeks (perhaps less by the time this article comes out) before its release.

Dead Rhetoric: When you started Zandelle in 1996 after leaving Gothic Knights, did you ever imagine that you would be closing in on 20 years with the same group? What would you consider some of the highlights through the years either in terms of albums, particular songs, or live show performances?

Tsalikis: I certainly never imagined Zandelle would be something that would last this long. In fact, the project was originally supposed to be a one-time thing where I could record some songs I had written. I never thought we would develop into an actual band that played countless gigs and festivals throughout the US, ultimately leading us to our first ever record deal, a European tour and the release of five studio albums as well as three music videos (with three more on the way for this new album). Some of the highlights for us definitely include all the festivals we plays, the tour with Grail Knights and our music videos, especially the new ones we will be releasing in which we had the privilege of working with some very talented actors.

Dead Rhetoric: Lyrically you’ve always stuck to a good balance of medieval themes and human issues – have you always been a history, fantasy, and mythology follower through the years, and how much research and refinement do you put into your words?

Tsalikis: I’m quite the nerd when it comes to certain things so I make sure I’m as historically accurate as possible when it comes to the song lyrics for those songs involving historic tales. Fantasy is pretty easy in that I don’t really need to do any research. And of course human issues are more philosophical in nature (at least in the way that I approach them) so again, less research goes into those but I still put much thought into the lyrics. With song lyrics I like to either tell a story that the listener can see in his or her mind, or I like to get the listener to think about things and relate them to their own life.

Dead Rhetoric: Where do you see the state of heavy/power metal today? Do you believe the internet has been the great equalizer in getting the word out about your music, or are things still better in other territories like Europe and the Far East compared to North America?

Tsalikis: The state of Heavy/Power Metal is still far from where I’d like it to be. Although the internet has helped in getting the word out, it has also become so congested with information that it’s easy for an artist to get lost in the mayhem. Artists constantly need to do something to catch everyone’s attention and it’s becoming harder and harder to do so, especially in the United States. So for now we are still doing better in Europe than we are in our own cities.

Dead Rhetoric: Being based in New York, New York, do you feel like it’s been easier to establish your presence in the scene because of the larger population of people that are into metal to begin with in comparison to a smaller town say in the South or Northwestern part of the country?

Tsalikis: Actually the opposite is true. It’s true that NYC has a large population but as a result there are also countless bands and musicians struggling to make a name for themselves. So it’s a case of being a small fish in a big pond rather than a big fish in a small pond. 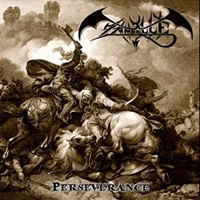