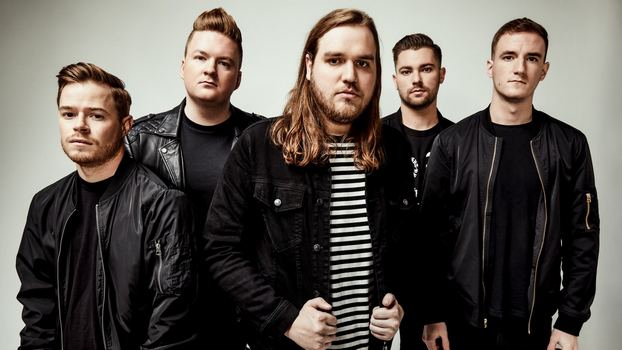 Florida act Wage War has been raising their own particular flag of metalcore for over a decade at this point.  Their newest album, the recently released Manic, isn’t afraid of stepping out of the genre box though.  Intensely groove and heavy tracks trade blows with more melodic and gentle ones, in such a way that the album avoids clichéd writing and instead gives listeners a visceral and sometimes emotional gutpunch.  We took a few minutes to chat with guitarist/clean vocalist Cody Quistad from the road to get his thoughts about the new material, the tour with Beartooth, defining the Wage War sound, and more.

Dead Rhetoric: How is the tour with Beartooth going?

Cody Quistad: It’s going really well!  We are in Connecticut right now and we have about six shows left – we have been out since August 14.  It’s going very well and I’m sad to see it end.  But I’m certainly excited to go home and sleep in my own bed, that will be nice!Dead Rhetoric: What’s it like to be back out on the road, in terms of a difference to pre-COVID times and regulations now?

Quistad: There’s a new normal surrounding touring and we are doing everything we can to stay safe and keep us safe along with the people coming to the shows.  There are some different guidelines and protocols for touring acts and it looks a bit different every day.  It’s not exactly the same, but we are very excited and thankful to be out here playing shows and hopefully we will finish this tour and prove that it’s possible to have safe touring and get shows back on the road.

Dead Rhetoric: What can you say about your new album, Manic?

Quistad: The whole thing really.  I think it’s a very diverse record and there’s a little something for everybody.  There’s a lot of facets of our band: the heavy side, the melodic side, a slower/soft side.  It kinda has all of that!  All 11 tracks are very different.  I think we are the most proud of it, and we spent the most time on it.  We feel like it’s our band on 10.

Dead Rhetoric: How much emphasis is there to make sure that there’s a diversity in songwriting – there’s some heavy stuff but also plenty of melody too?  Were you shooting for that specifically?

Quistad: Yes and no.  We have always had those two things as a staple of our band.  Maybe the scales are a bit off in terms of how far we go into it – being heavy or melodic, but I think that with every record I know I want to have a certain amount of songs and it’s whatever feels right.  For this record, I don’t know what the melodic to heavy split is, but I feel like it’s a very heavy record overall and it has those moments that sink in, melodically.  But it’s something we enjoy is to be diverse and create moments, especially at live shows.  No one wants to see 40 minutes of just absolutely heavy – it’s nice to have those breaks and create that experience for people coming to shows.

Dead Rhetoric: Do you feel like some of the lyrical nature of the album was impacted by COVID?

Quistad: I would say so.  I think my goal for the record – I didn’t want to write a ‘COVID’ record if you will, but I wrote about the headspace about what went on last year.  I view records as yearbooks, so I was trying to chronicle the last year as best I could, and naturally that was a part of it.  So it’s inspired by it, but it’s not a COVID record for sure.

Dead Rhetoric: Do you feel that the lyrics are an equally important piece besides the music itself? Like it needs to say something?

Quistad: Big time!  That’s always been an important thing to us, and what we choose to say.  It’s a responsibility that we have with people that listen to the music.  People listen to music for a lot of different reasons, and I think a lot of our fanbase probably listens to it for the aspect of relating, or getting out of troubled times.  So we don’t take lyrics lightly at all.

Dead Rhetoric: What can you say about the title track and “Never Said Goodbye,” as those were the two that stood out as sounding a bit different.

Quistad: You nailed it – they are kind of polar opposites.  “Manic” I wrote and it’s crazy.  I started it and didn’t know what it was going to turn into.  I don’t know that when I started it, it would end up being a Wage War song.  I just started writing and as it went on, I felt we could really rip it.  So we did our thing to it, and Wage War-ified it, slapped a nice heavy breakdown in there, and went for it on the production side of things.  It’s honestly one of my favorite songs on the record and it’s a good growing song for us. I feel like I can’t listen to it and think about another song that’s out there like it right now.  I think it has a lot of identity.

“Never Said Goodbye” is very other end of that.  It almost lends itself to growing up in my country roots with acoustic guitar and it plays off some of those thoughts but still having that Wage War sound you’ve come to expect.  On Gravity, we had a song that felt like that too.  It fills that ballad-ish void for us.  It has a guitar solo, and it’s one of my favorite songs lyrically, because it hits home for so many people – especially last year with all of what was going on.  People were losing loved ones in hotel rooms and they couldn’t be around them.  It really rang true.  Both of them are very special songs to me and I’m happy those got your attention.

Dead Rhetoric: You mentioned with both songs about putting a Wage War spin on it.  What exactly defines Wage War when you are writing?

Quistad: Big riffs, big hooks, and some really grooves and heaviness.  That’s what I always go for.  I want to have a riff that people can remember, I want to have a chorus that people can also remember – whether it’s a singing or screaming chorus – I want people to be able to listen to it and it sticks with you.  The heavy and groove aspect, that’s the part that makes you want to head bob.  Those are my big three.

Dead Rhetoric: What do you hope someone takes away from Manic?

Quistad: I hope that they love it as much as we do.  I feel like the record has something for everyone on there, regardless of what people like our band for.  It’s probably impossible to please someone with 11 tracks.  The odds are, if you don’t like one song, you’ll like the next one as it’s completely different.  We are just really proud of it and how we pushed ourselves.  Just hearing preliminary feedback from people who have heard the album, it’s been going well.  I hope people hear it and relate to it, and that maybe for a second they can escape.  I want them to escape and have that first magical 45 minutes of taking everything in.  I remember that, and I just hope we can provide it as well.

Dead Rhetoric: The band has been around for over 10 years.  What do you feel you’ve learned in that time?

Quistad: It’s hard to say.  I think the first thing is that it’s never going to be easy.  That’s the big one.  Don’t do it for any other reason besides the fact that you love it. If it was a money thing, we wouldn’t be doing it, and if it was an easy thing we certainly wouldn’t be doing it.  Thankfully we all just have a real passion for it and we love doing it.  We have been able to see some success at doing it as a band, and hopefully it all keeps on going.  At this point, we are just thankful for everything along the way.  If it was to end right now, I think we’d all our heads held high.

Dead Rhetoric: What’s an underrated band that you feel people should be checking out at the moment?

Quistad: It’s hard to say who’s underrated, since I don’t want to offend someone by calling them that if they aren’t.  But I’ll toss out a few boys out here.  There’s a band from our home town called Rough Start and I think they do some really cool stuff.

Dead Rhetoric: You are out on the road now, you have the album coming out soon.  What else is next for you guys?

Quistad: We have some cool stuff planned for the rest of the year that hasn’t been announced yet but we have Shiprocked next year, and I Prevail in Europe and the UK as well.  I am sure that we will be out and about quite a bit next year. 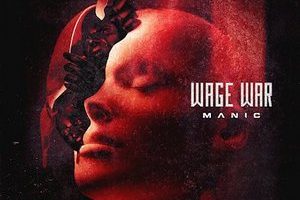