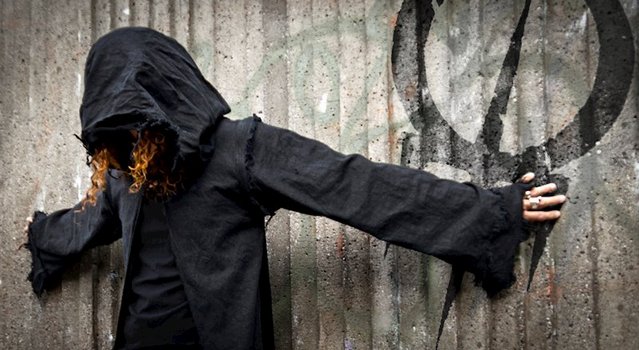 Vocalist Mats Levén has been fortunate to establish himself since the 1990’s for his stellar voice in a multitude of projects or bands across the hard rock/metal spectrum. He’s done work that is well known for those who love power metal, doom metal, gothic metal, and symphonic metal throughout the past twenty-plus years – names like Yngwie Malmsteen, At Vance, Therion, and Candlemass coming to the forefront, beyond session/guest appearances across countless projects and acts. Now though he’s released his first solo outing in Skyblood – handling the songwriting, recording, production, and performances outside of special guest contributions here and there all himself.

It’s a record that will challenge the listener, a diverse selection of songs that aren’t going to necessarily fit one specific genre. Everything from progressive material to industrial/modern style elements factor in depending on the atmosphere or mood of the track – but Mats’ unmistakable delivery and professionalism rings through. Wishing to get caught up to speed on the record, I reached out to Mats’ via Skype. We also talked about his past, his time with Yngwie, Therion, and Candlemass – plus how he balances out his professional singing and family time.

Dead Rhetoric: Tell us about the genesis of Skyblood – and why now was the right time to develop this solo project after all your previous work in the hard rock/metal landscape?

Mats Levén: I’ve been in the works of doing a solo album for so many years. I guess it was a situation where I wasn’t really inspired with what I had – and I didn’t really know what direction to take as well. If I’m going to release a solo album, I want to be really, really happy with it, you know? I don’t just want to do it just to be able to say I did a solo album. It took a while for me to get the confidence to really release something. When I was in Candlemass I felt like I didn’t really want to interfere with being in a band like that and releasing an album that is quite different from Candlemass like this.

We split up one year ago, and everything happened really fast. I got in touch with Napalm and they liked the songs, so finally it happened so I’m really happy.

Dead Rhetoric: What were some of the biggest challenges in the project? How did you decide what you were willing to handle for the workload and what special guests you wanted to add to enhance and flesh out the material?

Levén: Well, I didn’t really… I wasn’t interested in really having any guests at all, since I played everything myself for the demos. I needed drummers to play the real drums, and I needed a really good, solid bass player. I have four different guys to play the drums, and I got a really good friend Nalle Påhlsson who plays in Therion to play bass on the whole album. I play a lot of the guitars myself, whenever I felt that a song needed a solo I would send a text to some friend to see if they were available to do something. I didn’t really have… I didn’t want an album where I would have to go out and promote it with all these special guests. Out of necessity I got the help from some fantastic guys who did a great job because I can’t play solos like those guys.

Whoever played on any song was just like I picked up the phone and asked them – it was very spontaneous. And that’s what I like about it – we hooked up whoever it was on the track and did things spontaneously.

Dead Rhetoric: What was the game plan when it came to the diverse approach to the record – which incorporates some more industrial/mechanical and modern influences in songs like “The Voice” or dramatic material such as “Out of the Hollow” and the ten-minute plus closer “Le Venimeux”?

Levén: Yes. I’ve always been a firm believer that even if the material is different, it will somehow kind of feel that it fits on the same album because I wrote the stuff and it’s my voice. Some of those songs have been with me for so long, I totally lost track of what genre the songs were. Like “The Voice” for me- it was always a cross between David Bowie and Strapping Young Lad, you know? And like you say, “Le Venimeux” and “Out of the Hollow” are slightly proggy at times, especially the drummer who plays on those two songs he’s a drummer I played with in Therion Petter Karlsson.

When I decided what songs were going to go on the album, I didn’t have a mindset of what kind of genre those songs were in. I went with the songs that I liked myself. The only thing I thought of is the longest song “Le Venimeux”, I always knew that was going to be the last song on the album. Because it’s such a long track, I’ll have it last and those who like that style they can listen to it.

Dead Rhetoric: Where did you want to come across lyrically on this record?

Levén: I re-wrote quite a lot of demo lyrics when I was out with Trans-Siberian Orchestra last year. Because when you are out with TSO you have a lot of time to actually work on something else, during the touring and all the non-days. I got help when I found the artwork I was going to use for the album, we redid the artwork and I came up with the name Skyblood. Suddenly I had a character that I could write through. It’s me, but my alter ego, a bit out of myself and I could finish the lyrics. It just made it easier for me. I had a couple of lyrics that I didn’t really know what they should be about, and had the title – once I had the Skyblood guy next to me, it really helped me a lot.

Dead Rhetoric: What you can tell us regarding the cover concept – was it a collaborative effort between yourself and the artist to capture the right imagery?

Levén: I was looking on the web for artists. I was searching for another guy and I couldn’t remember the name, and then I just happened to find another painting by this Swedish guy Joakim Ericsson. And I went into a page where a lot of his stuff was up. I found this picture which was a little different than how we did it in the end, but the character I liked, and the fact that it wasn’t too dark, it wasn’t too black- it wasn’t typical. I just felt that like that could be the Swedish mountains in the background, even though there are two moons. I had the Skyblood thing in the back of my head, when I saw this it clicked. I got in touch with Joakim and I was lucky enough that he is in Stockholm where I live. We had a coffee, I explained things to him, and he changed some stuff so it fit my needs with the big book, the big manifesto that he is carrying around. The staff and microphone in his other hand, that’s like a weapon using his voice as a weapon almost. We did the final touches just to fit the lyrics more, but it’s totally Joakim’s drawing.

Dead Rhetoric: When it comes to your lengthy career and discography over the years, what are some of the standout moments as far as records, tours, or festival appearances that will stay forever embedded in your memory bank?

Levén: If I go back in time, obviously the Yngwie Malmsteen time was the first time I did a world tour, first time I played in Japan. The Yngwie thing was important to me, career-wise, it was a big thing for me to play with Cozy Powell and to record an album with him, hang with him. I was such a big fan of what Cozy had done before, especially with Rainbow. That was a big moment for me – and then when it comes to tours. We did a lot of really good shows with Therion, that was fun. With Candlemass, some really good shows. Copenhell a couple of years ago, was great. My favorite albums may be some smaller ones, a project that we had with some of the guys in Entombed and Candlemass as well as Fredrik from Opeth that was called Krux. We did three albums between 2003-2012, and I really cherish those three albums. I like that, I like Gothic Kabbalah which we did with Therion as well. I’ve done a lot of different things, I did a couple of albums with Gus G, the guitar player. We had some really cool shows together and he’s a really close friend of mine as well.

That’s the cool thing about playing music, you have a lot of chances to play with great musicians. So many good musicians and great people to play with too. I’ve been fortunate I guess.

Dead Rhetoric: Yes, another great project you did back in the day that I enjoy was Sabbtail…

Levén: Um, yeah that was with Fredrik from Opeth as well. I love that one. Sabbtail was cool, that was in 1998-99. That was around the time where I did an album with Fredrik – it was like his solo album but we called it Southpaw. We recorded that at the same time as I was recording the Yngwie Malmsteen album in 1997. And then Fredrik and I did this guest thing with the Sabbtail album. Good songs on that one.

Dead Rhetoric: What do you believe you learned the most working with bands and artists such as Yngwie Malmsteen, At Vance, Therion, and Candlemass? Are you careful to know where you stand and what your responsibilities are going into these established acts?

Levén: Yes. The thing that people don’t know sometimes is that most of the stuff that I’ve recorded, it wasn’t a band. Both Yngwie Malmsteen and At Vance, they are both run through the guitar player. It was his solo thing, those are obvious to people. At Vance was more or less the same thing, the guitar player just calls it At Vance. Therion, I was never a member of that band either – I was a freelance singer. I was fortunate enough to get to write stuff for the Gothic Kabbalah album, which was great for Christofer to let me do that, even though I wasn’t an official member of the band. But when I joined Candlemass, it was the first time that I actually felt that I was in a band since Treat in 1992. All those years in between, everything has been more or less projects or I’ve been a freelancer. It’s a bit different to be in an actual band like Candlemass. In Candlemass I had a lot of respect for their past, to do justice to the old stuff and not do (the songs) too much my way, because the fans want to hear the songs a certain way. With Therion I just went in and did my thing, Christofer liked the fact that I did new versions of the old songs. 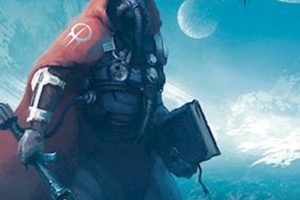