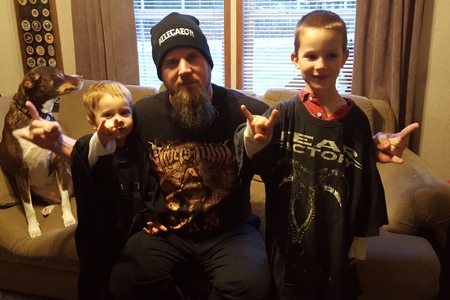 Being of the opinion that 2014 was a pretty good year for metal (going back my best-of list re-affirms this), it’s easy to say that 2015 topped it. A number of the genre’s heavyweights released albums that did not disappoint (Soilwork, Fear Factory), and there’s a growing crowd of younger bands that are ready to breathe some more variety into the scene (Wilderun, Amiensus). At the same time, touring has gotten bigger and bigger as a way to generate revenue as record sales continue to sadly decline, and 2015 saw me out and about more than any other year. I was finally able to meet up with our esteemed editor David E. Gehlke, as well as staffers Matt Coe and Matt Bower at various points throughout the year – a real treat to “talk shop” with any of them. One of 2015’s highlights was also doing some “metal roadtrips” and hitting multiple dates with some bands (Wilderun/Aether Realm, Amaranthe), and it’s something I look forward to doing more of if/when the opportunity arises next year.

As already mentioned, it’s a pleasure to write with such an impassioned group of people that we have here at Dead Rhetoric. It’s been great to watch the site continue to grow since I jumped aboard back in 2013, so thanks to any and all that check us out regularly (and those who even spread the word) – there’s lots of cool stuff still to come! Here’s to an even better 2016!

1. Soilwork – The Ride Majestic (Nuclear Blast)
Hard to believe that Soilwork has put out ten full-length records! While other established melodic death metal bands continue to fizzle or fold, Soilwork’s last two records have brought an invigorated and fresh spark to the band. They are willing to experiment and branch out, all while still maintaining their flagship sound. A number of tracks have fought to be “the favorite,” a true sign of a keeper. There’s no record that I listened to more this year. 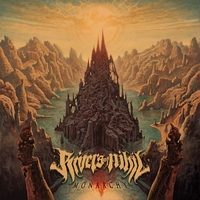 2. Rivers of Nihil – Monarchy (Metal Blade)
This one was and continues to be a grower. The jump from their first album is nothing short of impressive, and Monarchy has solidified Rivers of Nihil as one of the brightest bands in death metal’s future. It’s heavy, it’s dark, it’s atmospheric, and it’s emotive. But it’s still entirely uncompromising death metal. A deadly combination to be certain. 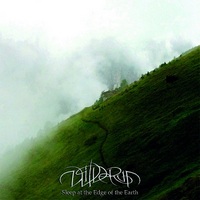 3. Wilderun – Sleep at the Edge of the Earth (Self-Released)
Proof that the US can produce folk metal bands that rival those of Europe, the best thing about Wilderun is how “un-folk” they are, in a traditional sense. The sweeping orchestrations, Opeth-ian song structures, majestic choruses, and interesting folk instrument choices all add up to an experience that is a breath of fresh air in a scene that frequently repeats itself. Breathtaking material from beginning to end. 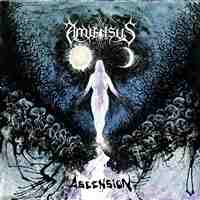 4. Amiensus – Ascension (Self-Released)
Melodic black/death/folk upstarts Amiensus have a rare talent for combining beauty with aggression. The band runs the gamut of emotions, with everything having a distinct presence and purpose (vocally and musically). Amiensus take familiar elements and shift them into something that feels new and exciting. More people should be singing this band’s praises. 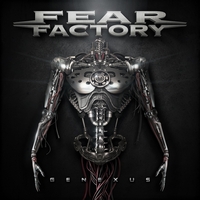 5. Fear Factory – Genexus (Nuclear Blast)
Fear Factory returned after a three year wait with one of the band’s strongest albums. Genexus mostly takes from the best eras of the band (Demanufacture, Obsolete) and updates them with some new upgrades. The result is an album that feels like a new classic for old fans, yet innovative enough to help them win over the younger generation. 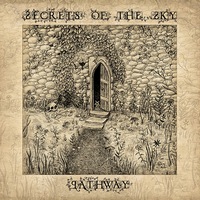 6. Secrets of the Sky – Pathway (Metal Blade)
One of the most conceptually-rich albums of the year, Pathway gets an “A” for storytelling as well as its musicianship. An album to really read into and peel away its layers, it demands your attention to get to maximum enjoyment. It takes the listener on a journey full of despair, sorrow, and beauty while embodying a number of metal subgenres for a unique listening experience. 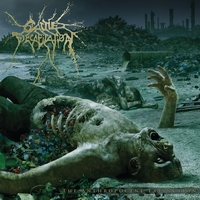 7. Cattle Decapitation – The Anthropocene Extinction (Metal Blade)
Continuing to defy the odds, Cattle Decapitation have really raised the bar with their last few releases. Where many bands lose their edge with age, CD continue to sharpen theirs with each album. The Anthropocene Extinction takes from the most extreme end of the death metal spectrum, yet merges it with melodies without compromise, resulting in a listen that’s equal parts terrifying and memorable. 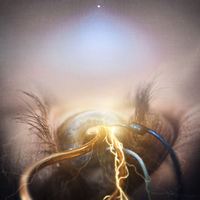 8. The Agonist – Eye of Providence (Century Media)
With new vocalist Vicky Psarakis at the helm, things are looking brighter than ever for The Agonist. Eye contains the band’s best and most diverse songwriting to date – allowing them to walk down new avenues while retaining what made them strong to begin with. They’ve really made their mark with this one. 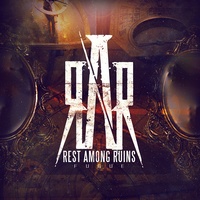 9. Rest Among Ruins – Fugue (Self-Released)
A 66-minute high-concept album, Fugue is a startlingly good debut with never a dull moment. Lead by soaring vocal work by Mike Semesky (Raunchy) and a combination of progressive, melodic death, djent, and rock, Fugue weaves and winds through plenty of diversity to keep you coming back for more. Just the right combination of visceral riffs and ethereal atmosphere on this one. 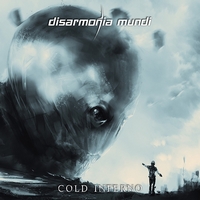 10. Disarmonia Mundi – Cold Inferno (Coroner Records)
This one was a long time coming (6 years!). But totally worth the wait to hear that Disarmonia Mundi has not lost a step in their melodic death metal mastery. For a band that already plays at the speedier end of the melodeath spectrum, somehow they found a way to get heavier and faster without losing those gorgeous layered melodies they are known for. 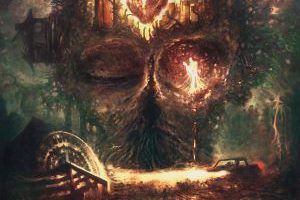