Hiss from the Moat – A Sinister Presence

With a significant evolution from 2013’s Misanthropy, Hiss from the Moat have made a promising return with the recently released The Harrier. Growing and moving forward from more deathcore-influenced territory into a full-blown death/black hybrid, the band has also ensured that they aren’t just settling for middle of the road status. The Harrier takes the death/black framework, and adds in a more unique and dark atmosphere of melodies and ambience to shake things up. We chatted with drummer James Payne prior to the album’s release to see what the band was doing in the interim, what outside perspectives playing with other bands were brought to Hiss from the Moat, and what it takes to stand out in extreme metal drumming today.

Dead Rhetoric: It’s been a few years. Was there any reasoning for the wait between albums?

James Payne: All of us, especially me, have been busy with other projects. We got to the point where we didn’t have a solid, stable line-up so we focused on other bands at the time. That’s basically what happened. I was playing with Vital Remains and Hour of Penance, and the other guys were playing with some different bands. We wanted to wait. It was a bit of a standby situation, but we felt, especially myself, that we wanted to go back and play our music rather than someone else’s music. We started to put things back together. We understand how hard it is to start a band from scratch. At one point, we decided that we weren’t completely happy with what we were doing, so we jumped completely into this – it took 4 years between the two albums.

Dead Rhetoric: You’ve been doing a number of studio diary videos, do you feel that helped with getting people back into the mindset for a new album?

Payne: I think we needed some content for people, to let them know slowly, that we were coming back and we had an approach to what we were doing. We knew that putting that type of content before putting out the music – people don’t know what we are talking about yet. But they were little things to act as reminders that we were coming back. We wanted to build up some curiosity to get people to check the album out.

Dead Rhetoric: Is there a certain amount of social media marketing that needs to be done at this point, in order to push out a new release?

Payne: Yes and no. I don’t like what’s happening now with people saying, “Support my band, and buy our merch.” I don’t like that type of politics. I think a band has to do something very strong in order to make people want to be a part of it, instead of asking for support just so that the band can go out on tour. I don’t believe in that. But on the other side, you have to create interest in people. You have to let people know your approach and what they are doing. Maybe they will like it. Our point was to say, “Hey, check this out.” If you like it, we are happy. If not, we are going to keep creating art – we do it because we love it. We don’t do it to make money or that we want to be on tour.

Dead Rhetoric: Where does The Harrier take the band, in terms of sound?

Payne: This is going to be a different album for us. We started from the same point we ended the Misanthropy album on. We felt like we had limited ideas and solutions for songs. We didn’t want Misanthropy part II – we wanted to evolve. We changed the approach – we got more into the technical part of writing music and we wanted to give a meaning to everything we were doing. We saw the music supporting the lyrics in what we wanted to say with this album.

It was a learning experience too – in doing a lot of new things, we didn’t even know how some things would sound until the final part of the production. Even pre-production didn’t sound exactly like the final product. We added a lot of horror and ambient sounds/percussions around the music. We needed a special production so that we could really understand how the frequencies work between each other. It gave us a lot of ideas and things to try for our next album. We are very inspired in creating music that we have started with this new approach in The Harrier.

Dead Rhetoric: One thing that I really liked was the atmosphere, which stemmed from that percussion and ambience. Could you talk about the atmospheric portion of the album?

Dead Rhetoric: How do you feel that you have grown with Hiss from the Moat over the years?

Payne: We all grew in different ways, mostly professionally. We better understand how things work, and we now have a more practical approach to how things work. We are spread out throughout the world so we don’t rehearse every week or something like that. Every member has their role in the band, and we have a creative interaction between each other. We have matured in that way in working with other people, and then brought it back to the band.

As far as artistically, I think every band, every journey, has a different way of evolving. Artistically, that’s what we wanted to do – we wanted to work together and create something because we all get together well as human beings and as musicians. We have a comfortable relationship making music. Once you have something to say, it’s hard to say that there’s a way to mature that side. Every journey has its own evolution, artistically, at least that’s what I think.

Dead Rhetoric: Do you bring anything in from your other experiences with bands back to Hiss from the Moat?

Payne: Not musically or artistically, like I was saying before, but professionally for sure. It’s been a learning experience to work with other bands. I wasn’t a regular, touring musician to start and these guys were already – Vital Remains for over 20 years. So it was a great learning experience. When you understand how the market and business works – how do fans grow in Europe, how do fans grow in the US? I also lived a different side of the market – that’s all stuff that I now have in me. Whether I go with my band or someone else’s band, it’s going to be there with me.

Dead Rhetoric: What do you feel helps to stand out in extreme metal drumming?

Payne: That’s a hard question for me – I grew up listening and being inspired from people like Derek Roddy, George Kollias, and Gene Hoglan. Nowadays, I feel like we all got stuck. They evolved all of the technical aspects of figuring out how to avoid getting tired and getting hurt playing this kind of music. Artistically, I feel like if I watch Derek Roddy’s practicing videos from the early 2000s and see the new videos being put out today, it’s basically the same thing. I don’t see anything evolving in the technical aspect anymore.

But the drummers that I like are Alex Rudinger, he does a great job and he’s super tight and I like that he focuses on that instead of just speed like many other drummers. Obscura’s drummer, Sebastian Lanser, he is awesome. I think he is one of the guys that is putting some new flavors to the music. Of course, I really like Dan Presland from Ne Obliviscaris and Krimh from Septicflesh – they are doing great jobs at what they do, and have their own personality in their drumming. I know that they work super hard, and I really appreciate the technical aspect. Then there are a lot of creative ideas with Ne Obliviscaris, which is something I really like.

I feel like we should move towards something that has more artistic value than the technical aspect. It kind of got old, and at the end of the day, that’s what musicians like, follow, and appreciate, but it doesn’t come across to general people. That’s why metal music has become such a small reality now. We are only communicating to other musicians who understand what is going on out on the stage, not to other people who play an instrument. I think we have to focus more on that if we want to get something new out of the scene.

Dead Rhetoric: How did you come about putting instructional drumming videos on YouTube?

Payne: I have a lot of instructional videos, and I started teaching a few years ago. I’ve always had very good feedback from my lessons and clinics, because I had no idea how to actually develop technique so I did it my way, and I thought that was the only way. That it was what everyone was doing. So when I started sharing with people, it was something different than what they had heard. So I pursued that – I did a DVD without expecting to sell it. I just wanted something else to promote outside of the band without having to see if there was a guitar player available to go on tour or whatever. People started buying the DVDs, which was awesome since it was unexpected.

So I had an instructional website going, and I feel like today you have to expand to let more people know what you are doing – you have to give them insight into what you are about. So I put the videos on YouTube and that has been working out great. The new approach continues to go, and it’s really awesome for me. I like to share the technical aspects with everyone so that they will focus more on the artistic aspects. The technical parts won’t be an issue. It will just be normal to be able to do that. We can get rid of focusing on technique and focus on what’s next. Once you can do it, you can then create. That’s my philosophy behind it.

Dead Rhetoric: What’s coming up this year for Hiss from the Moat other than the album release? Any other projects?

Payne: I’m focusing on Hiss from the Moat and my instructional things. I want to stick with just those, because it already takes a lot of work and energy. I don’t want to become too busy. Every commitment has to be 100%. I know that I can’t give 100% to anything else in my life, because I have other things going on besides music. I am lucky enough to be able to only focus on these two. We want to start touring with Hiss from the Moat, and we want to have the chance to share what we are doing on stages, but that depends on if we are creating something that people will embrace and will come to shows, and request us to go around the world. Hopefully we will have a chance to get on stage and perform what we are doing and see if people like it or not. 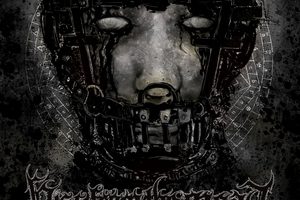 Hiss from the Moat – The Harrier (M-Theory Audio)