Cryptopsy – Out With the New, In With the Old Part I 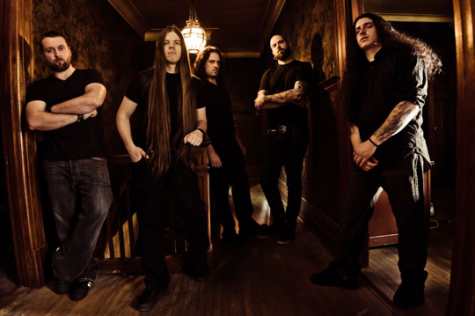 Once upon a time in metal, there was a band from Montreal called Cryptopsy and they ravaged virtually everything in sight. Their take on brutal, technical death was a breath of fresh air when they debuted with their eponymous debut Blasphemy Made Flesh. A mixture of the brutality of Tomb of the Mutilated-era Cannibal Corpse and Piece of Time-era Atheist, the album was an instant classic.

Cryptopsy followed that gem up albums that put the Canucks on an unprecedented run: None So Vile; their benchmark Whisper Supremacy; follow-up monster And Then You’ll Beg; and finally Once Was Not. It seemed that no matter what Cryptopsy released, it was a bona fide year-end best-of contender. After several lineup shifts from virtually every instrument (save for the drummer), the band released their most challenging album to date in The Unspoken King. The album saw Cryptopsy mix in clean vocals and an attack most labeled metalcore. The result was an album that was heralded by most as a nasty black eye to the Canadian legends’ resume and the fan/media backlash was rabid. From that point in 2008, Cryptopsy vanished and it was a mystery as to when, if ever, they’d return.

Thankfully they licked their wounds, regrouped and returned to the metal fold and late last year they unleashed the hellish Cryptopsy. A return to form indeed, Cryptopsy bludgeoned most metal albums released in 2012 and, some jabs of them “selling out by going back to their roots” notwithstanding, the album was lauded as a wonderful gemstone in their discography.

Blistering.com caught up with drummer Flo Mounier when Cryptopsy was released (and before yet another lineup shift) to chew the fat on their history, legacy and monumental comeback of sorts. Read on to see what Mounier, one of metal’s greatest ever drummers, had to say…

Blistering.com: First off, congratulations on the new album Cryptopsy. It’s vintage Cryptopsy; a return to old form, if you will. I reviewed it and gave it a very high mark. Since its release and looking back, what are your thoughts on the album and what does the rest of the band collectively think of Cryptopsy?

Flo Mounier: I think we are all on the same page and that’s why it was so much fun doing this album. It’s all based on us being on the same page and in the past, it wasn’t always like that. I think the album is a lot of fun and there are a lot of interesting things [in there]. Every song is different and there are a lot of surprises in each song. Basically it was a good time writing it, it was an easy time recording it and, finally, we’re quite happy with the production, too. For years and years and years we’ve been striving to get a production close to this one. We are really pleased with it and proud of it. We are really pumped and motivated by it.

Blistering.com: Can you detail how the album as a whole came together in terms of arrangements, ideas, structures, etc.?

Mounier: Well, it was simple, really. When I called Jon [Levasseur, guitars, who has departed the band again] for him to come back, it was more for him to come back and just jam; to have fun. I knew from past experiences when we wrote together, it was really easy because we have such good chemistry. When he came over, he already had, like, two songs that were done. So I was like, ‘Wow, what do you want to do?’ And then he said, ‘Well, let’s write another album.’ I said, ‘Okay!’ [laughs]. So it was basically him and I writing everything first; writing everything, hammering out everything and trying to work together again. That chemistry came back immediately and then the other guys took part in it and it was song after song.

As far as the song structures go, I usually do a lot of bridging and stuff like that. It was just Jon and I for some songs, and some songs it was the entire band. I don’t know but it was just effortless and we all just flowed together. Nothing really changed as far as the writing process, though. It was really just us bringing in some song ideas, putting them together or sometimes I’d bring in parts…it was just a collaboration.

Blistering.com: Whether it’s fair or not, when most people talk about Cryptopsy they usually talk about the drumming, which is obviously you. Cryptopsy’s drumming is typically the focal point regarding those not in the band. How does that work with the rest of the band? Do you typically come up with the drum patterns first and the rest of the music falls in line or is it reverse?

Mounier: It’s a bit of everything, really. Sometimes I’ll have a cool beat and the riff is written around it. Other times there will be a cool riff and then I’ll put a beat to it. Sometimes Jon will write a riff that works well while I have kind of an idea to a beat and it comes together. It’s really a mixture of everything. There’s not one standard formula for us; it’s really whatever works. If something doesn’t work, we scrap it and if something works, we’ll keep it.

Blistering.com: Cryptopsy will inevitably be constantly compared to the band’s previous record, which was The Unspoken King. That one didn’t receive much praise at all and in fact most critics hated it because it was a departure from the “traditional” Cryptopsy sound. When it came out, I remember reading that you and the rest of the guys liked it, were proud of it, etc. Looking back on it now, do you still feel the same in that you like it or has your opinion of The Unspoken King changed over the years? It seems as though that album has actually gotten worse in many people’s eyes but what about you?

Mounier: The Unspoken King is killer. It has some really cool parts, some very complex parts and we did some things we never did before. Again, it was a different writing style. Most of the other albums in the past were mostly written by Jon and I but on The Unspoken King, it was mostly Alex [Auburn, guitars] and I and then Chris [Donaldson, guitars] came up with some great songs. So it was different in that sense in that the writing team wasn’t the same. So, right away there is going to be a difference compared to the older stuff. As far as the vocals, it was Matt [McGachy]’s first experience and I thought he did a great job. People didn’t like the clean singing, but at the time I thought that sense he could do everything, why not put something on it. But I didn’t know how diehard some of the fans can be. So, right now I don’t really think anything [differently] because that’s what came out at the time just like the new one is what came out now. That’s basically it.

Blistering.com: In keeping with that record, you guys were labeled sellouts because of the clean vocals, change in approach and whatnot. Well, now with Cryptopsy, you’ve gone back to your old ways – vintage Cryptopsy – yet you’re being labeled sellouts again because you’ve gone back to your old ways. It’s kind of odd being labeled a sellout for two different reasons, so what do you think when you hear/read these criticisms?

Mounier: [laughs] I like the selling out part. If there was so much money to be made in this, then yeah, I guess it is [laughs]. That has nothing to do with trying something new and different. But as far as going back to being brutal or what have you, that was a natural thing with having Jon back. And Matt, that was his decision to sing more guttural because he wanted to experiment more with that kind of vocal. There’s a lot of cool, different things on this album with his voice and that’s the thing with Matt: with his guttural experiments this time, it really came from in his chest and there are so many different sounds with the growls, and stuff. That’s pretty much characteristic of what he can do because he can do pretty much anything with his voice. I don’t know about all that selling out stuff because, like I said, it’s all about what feels right at the time. When we put stuff out, if people like it then good. If they don’t, that’s okay; don’t listen to it. 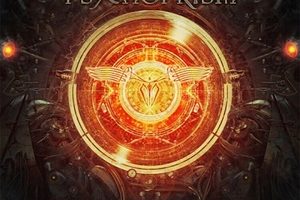 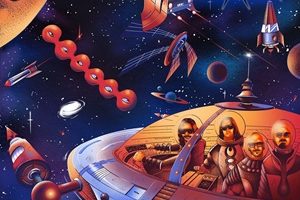 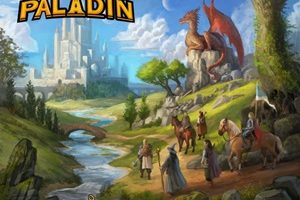 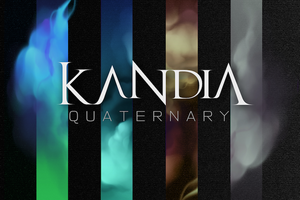