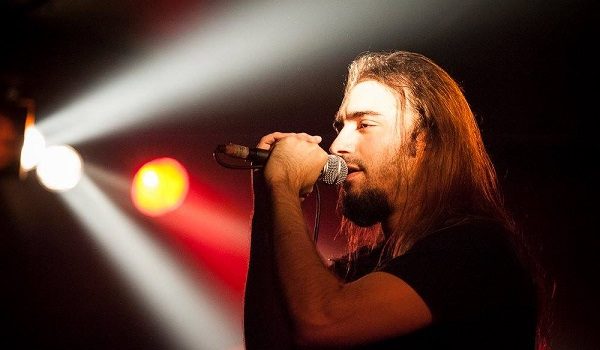 Possessor of one of the most deafening roars in extreme metal, Sebastien Pierre presently holds court in up-and-coming French melodic death metal troupe Fractal Gates, atmospheric metal beacons Enshine, and his own solo project, Cold Insight. Pierre maintains the same approach for his ear-fracturing roar between all three bands and why wouldn’t he? It’s of immense distinction and throttle, even when paired with the melodic touch of Cold Insight or the concerted, deliberate sounds of Enshine.

Cold Insight is the man’s long-in-the-works solo project, an outlet he originally started in 2007. Pierre released his Further Nowhere debut independently in 2011, but without the benefit of vocals. After letting the tracks simmer and stew for several years, Pierre eventually tacked on his hellish roar, made some sonic refinements and hooked up with burgeoning underground label Rain Without End for the proper release of Further Nowhere this year. The result is a melody-dominated affair that offers simplicity over technicality, shot through the instantly-gratifying lens of atmospheric death metal. With that in mind, we sent some Q’s across the pond for Pierre to answer. Here’s the scoop…

Dead Rhetoric: Further Nowhere was originally released in 2011, but you’ve given it an update. Can you explain the rationale behind the new release?

Sebastien Pierre: Originally, I started this project without having any plan on releasing official releases. I was more into exploring musical paths and sharing them online as soon as they were recorded. This state lasted for almost a decade, before finding the will to turn the demo into an album. This is why there are many versions online.

Dead Rhetoric: Did you always intend to put vocals to these songs? Or, did you have a different singer in mind other than yourself?

Pierre: I always had in mind to have my own vocals on most songs. Actually, the lyrics have been written years ago. The only songs that were made to remain instrumental are “Further Nowhere” and “Close Your Eyes,” even if the latter has minor spoken [bits] on its end.

Dead Rhetoric: How did you end up hooking up with Rain Without End for the release of Further Nowhere?

Pierre: End of 2016 after deciding to release an official album, Rain Without End was the first label that came in my mind [after] being signed with Rain Without End for Enshine since our first album and after talking about it, we quickly signed a contract. It’s an easy choice when you have a band under a label that you already know.

Dead Rhetoric: Describe your songwriting approach. Obviously, Cold Insight is nothing like Fractal Gates or Enshine. Do you enjoy this songwriting freedom?

Pierre: The songwriting indeed differs depending on the band being solo or with other members. Both have their pros and cons, so the best is to have both a solo project and full member bands to me. But once you develop an alchemy with your co-songwriters, you end up complementary and each one knows how to keep the ideas coming until the track takes its final shape. When you’re alone, you can only rely on yourself and there are moments when you won’t catch the final glimpse of inspiration. I found that composing the most interesting songs is when they are made in less than a day. “Deep” was written in four hours, so was “Brighter” from Enshine. About the songwriting technique itself, I have no rule: I can start with a bass line, then adding synths or guitars. Or I can spend some time to polish a lead /rhythm guitar melody before adding to it specific drums. Though, most of the time I try to keep space for an interesting possible vocal pattern.

Dead Rhetoric: Do you ever come up with something in Cold Insight and wonder if it should be used for Fractal Gates?

Pierre: Not really. Fractal Gates is quite faster paced than Cold Insight. We’re talking about an average 10-20 bpm difference, so that helps keeping projects apart. The only time I remember it happened, was when I wrote earlier versions of the Cold Insight song “Close Your Eyes.” We ended up using some of its original riffs for Enshine’s “Brighter.” But that was because I was at the same time trying to integrate some riffs to Enshine’s first album [2013’s Origin] for fun. At that time it was not even yet called Enshine.

Dead Rhetoric: There are guitar melodies all over the place on Further Nowhere. To you, what makes a good guitar melody?

Pierre: I like simple riffs that stay in the head. The less complexity, the catchier it sounds with less possible notes, the most I’m feeling it’s complete. I absolutely can’t stand shredding and all those endless solos in many metal styles that end up only showcasing technical soulless skill. For other people, it will be the total opposite, they will long for the most notes per second without focusing on the melodic impact. That’s the magic of music, its vastness has no frontier and transcends almost every mind.

Dead Rhetoric: Your death metal vocals have always been so harsh and intense. Did you worry they may be too harsh for such melodic and atmospheric music?

Pierre: I’m aware that nothing can please everyone, so that’s why I released the album as an instrumental version as well. But I did it also because for a decade people have heard the songs without vocals and I’m pretty sure it would have been negative for some folks to be forced to hear vocals. It’s like going from a book to a movie, with the years passing by between both, you end up building your own mental scenario to it.

Dead Rhetoric: Jari (Lindholm) from Enshine helps out on a few songs. You two appear to work quite well together. How would you describe your working relationship with him?

Pierre: As mentioned earlier, with some people you develop of form of musical alchemy. This is the case with my Fractal Gates mate Stephane [Peudupin), and with Jari, both in a different way. With Stephane, we spent years spending literally full weekends composing, so we ended up with time acquiring a complementary approach where each one feels how to write, modify and arrange melodies, until the final form is reached. With Jari, we obviously meet less in real due to distance, but we somehow managed to forge a similar musical state where each of us knows what the song needs, and where to go in terms of atmosphere and production.

Dead Rhetoric: Do you have any new songs in the works for Cold Insight? Or, is the focus right now on the new Fractal Gates album?

Pierre: I have several Cold Insight new songs ready with lyrics, and we’re also active with Fractal Gates making a new album, with several tracks also finished. The new Cold Insight tracks obviously sound more mature, with the years passing by. “Deep” is a glimpse of the second album, hence being a bonus track. If Further Nowhere is more about gathering multiple style influences into one imploding entity, its sequel is about using all this merged expanse into a consuming melodic sci-fi blast… Exhaling the first breath of life. And this outburst won’t take another decade.

Dead Rhetoric: Speaking of which, how is the new Fractal Gates album coming along?

Pierre: We don’t have any dates yet, but if things continue this way we will finish the album this year and a release could follow quickly after. It has more Mass Effect-like synths, and more heavy riffs in some parts, while keeping the sci-fi ethereal guitars and the melo death groove. Vocal lines this time are more often made to stay in the head and it really gives a refreshing overall combo. The new tracks are our favorite from all albums, and we’re pretty sure it will hit the right spot on our followers as well. 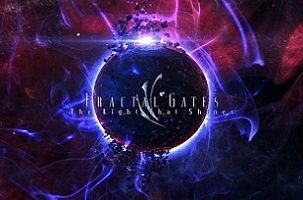 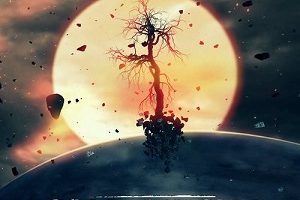 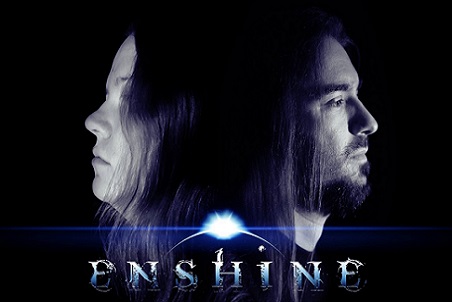