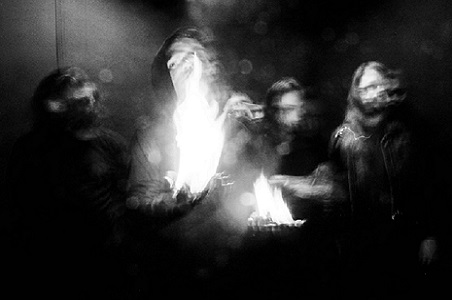 Here’s the problem with releasing an album so late in the year: It never makes it onto anyone’s list. This applies for Chile’s Animus Mortis, who released their second album Testimonia as 2014 just started to wind down, leaving it out of the collective psyche of many would-be intelligent metal journalists, this scribe included. In hindsight, the album is far and away one of the year’s best, a vivid, striking display of atmospheric black metal, super-charged with bolting melodies and whirling riffs. From top-to-bottom, Testimonia is without flaw, which is why we grabbed founding member/vocalist/primary songwriter N. Onfray for a good ‘ole Q&A. Read on and learn something new…

Dead Rhetoric: To start with the obvious, why such the delay between Atrabilis?

Onfray: We do have releases between Atrabilis and Testimonia, not so extensive but still, we have a 12″ split with the Spanish band Empty released in 2010 and a 7″ EP titled Mysteriis Vox Divina released in 2011.

We started recording Testimonia a year after the 7″ Mysteriis Vox Divina was out, and we just managed to finish it by mid of this year. What took longer was the entire vocal work, because in the middle of the process I decided to restructure the band’s line up and assume the vocalist role permanently. With those changes we achieved a much more homogenic mix between the music I compose and the central concept of the album.

Dead Rhetoric: It’s not like you haven’t kept busy over the years, so, how long did it take to pull the songs together for Testimonia?

Onfray: The composition of Testimonia didn’t last too long; within a year the whole album was already written. I told you about the reasons of the delay of Testimonia, now these obstacles no longer exist and everything is moving at giant paces, in fact we already began with the creation of our next studio album.

Dead Rhetoric: Your growth as songwriters cannot be understated. The entire album has magnificent flow and atmosphere, so, going into the new album, did you have a special feeling about the songs? If so, what made them so special?

Onfray: Testimonia is a piece that’s immersed into the transcendental and abstract. It tells about experiences of profound meditation and the way we travel around several levels of conscience, through different vibrating states. If you listen Testimonia, I think you’ll notice that despite being faithful to the genre, it is a pure expression and spontaneous, you can find more obscure songs, others denser or atmospheric and not because they were created forced to, but because each responds to different levels, feelings and lived out-bodied experiences. As a result, the album is a whole, built under the central axis of mind/spirit liberation.

Dead Rhetoric: A lot of new members joined the band last year. How did they contribute to the new album?

Onfray: All of the music and lyrics in Testimonia are my authorship, except for two songs in which Idimmu (The Last Knell) collaborated with the lyrics. The process of composition has always been developed in the same way: by myself, without intervention of others, so the changes in line-up don’t really affect the band.

I’ve never been in favour of working as a group when dealing with such personal topics, at least not in what comes to the writing, the ideology and the concepts. I think that every band must have a leading mind in order to guide and show the clear direction of what needs to be done, which does not mean the rest of the members to be some kind of marionettes, but the main idea is for everyone to take over their own role and contribute on those grounds. This way of thinking is what I have done in my band and in every other band I have collaborated with through all these years.

Dead Rhetoric: To that end, is Animus Mortis more of a complete band now as opposed to Onfray leading the charge?

Onfray: Animus Mortis is more of a complete band. This new role I have taken has given me the possibility to rescue the true identity; the more shattered and visceral nature that A.M. always had. These are factors that had become less important during a period of time when the technical aspects were the priority.

Between the years 2010 -2014 the band uplifted some aspects, but also neglected others. The fact I’m in charge of the vocals now is precisely a solution to achieve a balance and wrap the structure of the band up in a definitive way; my role as vocalist will be permanent from now on.

Dead Rhetoric: The use of melody on Testimonia is excellent. To you, what personifies a great melody? And, do you worry about how melodic guitar work fits into the context of black metal?

Onfray: I don’t have limits in the way I write. I have this idea that every creation must take its own natural path. I’m very sorry about the way that most of the bands take the clichés and current trends of the genre to give a direction on their work. I my case, if I see that the compositions need dark passages, they will be present, of if it’s necessary to add more either atmospheric, dense or “melodic” parts, I won’t doubt to include them.

Dead Rhetoric: Tell me about the album’s closing song, “Vibrations from the Immaterial.” What is it about?

Onfray: In broad strokes, vibrations from the immaterial talks about the vulnerability we are exposed to from the moment we begin to interact with the immaterial realms. The lyrics of this new record are a testimony gathered up from extra corporal experiences and astral travels in which I unraveled myself on different levels and interacted with different entities we live everyday with, that are obviously invisible and denied by those who currently rule this life of submission and mass control.

Dead Rhetoric: Are there any advantages to being located out of Santiago? Is the metal scene support of the band?

Onfray: At this point, to be or not to be in the capital does not mean an advantage. The scene here in Chile is pretty strong and vast, there are many bangers scattered through the whole country, especially in the center and the south if we focus on black metal. Now if you ask me specifically about the followers of the band, through these 10 years we’ve been doing a real work and we have a great amount of people who support us. They are faithful followers that have remained with us despite the different temporary trends that appear every once in a while in the genre.

Dead Rhetoric: Now that you have a full lineup, will there bit a faster turnaround with a new album?

Onfray: I don’t know about what the future will bring, but what I do know is that this new line-up has fit together perfectly, not only because of the high musical quality of all of the members, but also because there’s a total understanding of what Animus Mortis represents, on an ideological as much as on a conceptual level; we have concordances and similar ideas that converge, so every one of the new members have felt represented with what we‘ve done, and there’s no doubt that there’ll be important works in the near future with this new line-up.

Onfray: We’re already beginning to write a new album and preparing a couple of live shows, we’ll be playing together with Behemoth, Nargaroth and other bands that will visit our country in the next few months. There are other plans as well for 2015 that we’ll announce in due time. 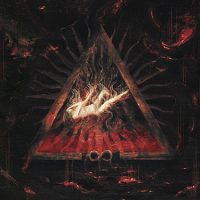 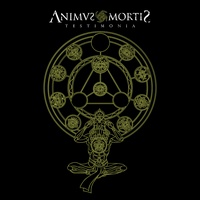