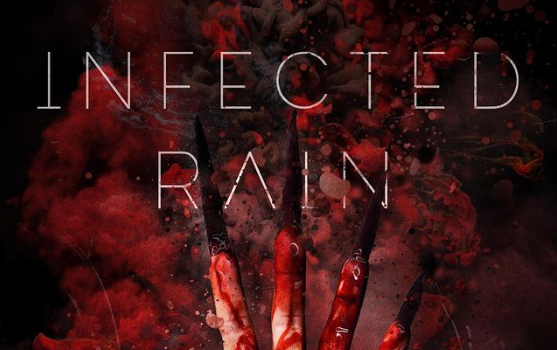 One part of the ‘new reality’ that we live in today is that of live streams.  Love ’em or hate ’em, they are an addition to the world of live music, and are a benefit to musicians who are unable to still properly tour due to COVID-19 restrictions.  They also provide a unique opportunity for bands who are approaching anniversaries, and allow them to share the occasion with more than just a single live audience (or tour, though these tend to be limited runs).  Infected Rain find themselves in an excellent position – the band celebrating it’s 13th anniversary as a unit, massive buzz following a successful US run earlier this fall, as well as the rising tide of a new album (Ecdysis) due on January 7, 2022 on Napalm Records.  The Devil’s Dozen showcases thirteen years of the band’s material in the form of an hour and forty minute live show, as well as a feature documentary on the band.

This review is focusing solely on the live performance, and to be blunt, it’s just the things that a fan would have wanted.  The issue that some of these live streams have had is that it’s a new process so there’s varying degrees of familiarity with it.  There’s been a number of bland streams that were essentially watching a concert with no audience.  There was nothing special about it.  That is not the case with The Devil’s Dozen.  It’s clear at the onset that there was a ton of work put into making this an experience, not just a performance.  For one, the sound is fantastic.  Everything has it’s place in the mix, and even when some electronic pieces come in, they enhance without becoming too overbearing.  Then there are the visuals.  In addition to the large amount of lighting that constantly is in flux (in a good, entertaining way, not in a ‘whoa, that’s too much’ kind of way), the visual backdrop behind the band is vibrant and ever-changing.  Each track has it’s own mood and feel to it, outside of the music itself, because of the way that the backdrop changes and enhances the visual.  The first song, “Pendulum,” features a gorgeous fiery background (which vocalist Lena’s outfit nicely matches up with) and sets the tone for the show, offering a really breathtaking display.  This is really the one piece that makes this a very special show, outside of the musical performance itself of course.

There’s a lot of switch-ups to the camera angles, and all band members get their due, and it’s a very fluid change-up.  Up close shots, wide views of the whole band, and everything in between.  And now, yes, we can get to the band and music.  There’s no need to go through a whole setlist, and rest assured fans of the band will quite enjoy the trip through time that the show provides.  At an hour and forty minutes, there’s plenty of time to go through the band’s discography and even delivering a rare nugget or two.  Those who saw the band here in the States this past fall and were bummed by the shorter set, this will completely satisfy your need for live Infected Rain.  That’s also because the band is able to completely capture their intense and atmospheric performance here, even here in streaming form.  Band members move around and thrash away with the same earnest sense radiated from their recent live impression.  Despite the length, it was always entertaining to watch the band and really get into the element of the songs.

This has to be one of the strongest live streams that I’ve encountered since they started to really emerge with COVID’s onset.  Infected Rain provide an excellent celebration for fans to enjoy and really absorb.  The lightning, visuals, and music itself create an experience that is unique and well worth a watch.  It’s still available to stream for a few more days if you missed it, so jump on it if you have even a passing interest in Infected Rain.  It’s an fantastic look at the band. 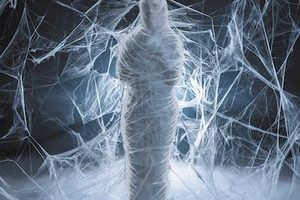