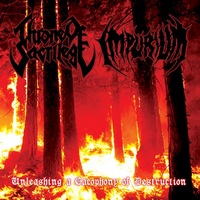 Dead Rhetoric.com and Orchestrated Misery Recordings are joining forces to give away one copy of Throne of Sacrilege and Impurium’s recent split cd to two (2) lucky winners. The split cd was pressed and limited to 666 copies of this black/death metal feast. Throne of Sacrilege contributes three songs and can be described as, “very chaotic and brutal, with pervasive elements of black and death metal.” The remaining three tracks are done by Impurium, who can be characterized by a, “blasphemic, tortured, mid 80’s black metal sound.” The split is currently available for purchase here.

Enter “Sacrilege” in the answer field below. 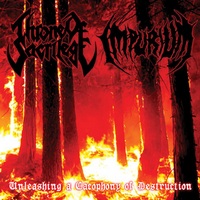