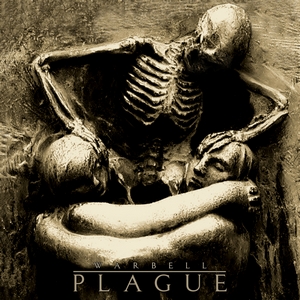 Four years removed from their debut, Havoc, the Polish melodic death metal act Warbell has returned to engage in more fury with Plague. With Havoc flying a bit under the radar, Warbell none the less pulled off quite an enjoyable romp of melodeath that stuck to the heavier end of the genre. While Plague doesn’t venture too much further than the debut, it’s just as consistently solid for those who frequently dive into this genre.

As with the debut, Plague pulls no punches with its visceral approach. Opening up with “Dualmind,” they hit hard and heavy. But at the same time, they manage to weave some interesting melodic tapestries into the sound, complete with some driving mid-tempo gallops and an explosive chorus. The title track sees them hit the accelerator in glorious fashion, with thrashier tempos combining with some memorable grooves as vocalist Karolina Więcek snarls and growls with caustic fury. Other tracks like “Mercenary’s Fate” and “Flames of Truth” do a great job of developing an infectious energy that is augmented by some impressive melodies that swirl around the listener’s ears. The album’s lengthiest track, “The Fallen,” is a bit more somber and mournful, and the band would be wise to capture more of this combination in the future (admittedly, it does make a comeback at the end of the album with “The Passenger”). Like with Havoc, there’s not a ton of clean vocals to be had, which keeps the band on a more unique path compared with many of their compatriots, and they have a much greater impact on the track when employed (see “Icaros”).

If you enjoy melodeath and having yet checked out Warbell, it’s worth a thorough investigation. Plague delivers plenty of engaging melodies within a heavy, groovy performance that’s bound to stick with you. 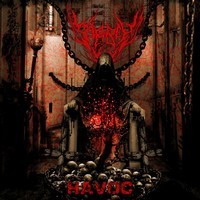