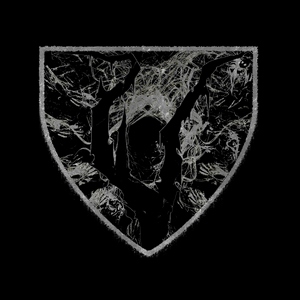 There’s been a celebration of the dissonance found within the extreme genres as of late. The Deathspell Omega, Gorguts, and Ulcerate influences have birthed some rather exceptional fruits because of this (like say, Imperial Triumphant) but it’s use as a tool is a double-edged sword. For every shining victory, there’s also some middle-ground fodder and some outright duds. While Voidthrone doesn’t fall into the last category, there’s still some room for growth…important since the band is already working on a follow-up.

Stitching together elements of black and death (the dissonant choice, of course), there’s also some doom that has been wrought with Spiritual War Tactics. The atmosphere is suitably claustrophobic in nature – strikingly so with the opening track, “Mortification of My Legacy.” The track later grabs some blast beats and takes things for a speed run, while keeping the terrifying crunch of the guitars with them. Whether it’s the blackened acceleration, doomy trudges, or anything in between – the dissonant and eerie edge is entered into the mix as support. This is Voidthrone’s strongest asset, and the atmosphere is thick, weighty, and easily worth a thumbs up or two. The one thing that doesn’t work? Out of the four tracks, three of them reach the nine minute mark. Not that long tracks are necessarily a bad thing, but some of it just becomes a dissonant blur. Some fat trimming does seem the best method in the future, and the final track (“Hypnotic Enslavement”), at less than 6-minutes, does the best job of getting to the point while getting the band’s mission statement across.

Certainly there’s potential within Spiritual War Tactics, particularly in their use of bleak atmosphere, but one can’t help but wonder how much stronger this release would feel as a 20-something minute EP instead of a full-length effort. Better to leave the audience clamoring for more than taking too long to get to the point. 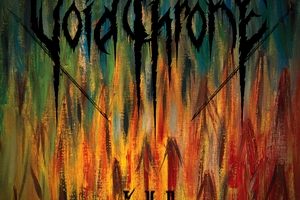