Long-standing German progressive metal band, Vanden Plas, have collaborated with German best-selling author Wolfgang Hohlbein and released their seventh album which is an album adaptation of the first act of the rock opera “Bloodnight”, based on the author’s “The Chronicle of the Immortals” series, with music composed by the Vanden Plas guys.  This successful opera ran for 25 sold-out performances between 2012 and 2013, and this album is the natural next chapter in the Vanden Plas catalog.

Chronicles of the Immortals – Netherworld – Path 1, a concept album about the battle between heaven and hell is a grand affair, indeed.  While the band is a progressive metal band, the album is not pure progressive metal as a whole.  There are elements of power metal, rock, progressive metal and ballads, all bathed in rich and emotive atmosphere.  Very much a mature, well written, well planned and executed rock opera, there is good balance between the heavier and lighter moments on the album.

The excellent vocals of Andy Kuntz shine throughout the album, and are aided by accompanying female vocals on tracks like “Misery Affection Prelude” and the following (and excellent) “A Ghosts Requiem”.  The latter song, a haunting piano ballad which flows into a rich hymnal space, complete with church choir and orchestration, builds into a powerfully emotional and beautiful piece, which is a highlight of the album.  On a heavier note, the first single released from the album, track three “Godmaker” sees the band at its heaviest and is also one of the strongest songs on the album.

Fans of the dramatic and passionate side of heavy rock and progressive metal will not be disappointed by Chronicles of the Immortals – Netherworld, a sweeping and impressive work filled with memorable melodies from the vocals to the guitars and keys.  This is a very good album and will leave Vanden Plas fans eager for the conclusion, Path 2, due out in early 2015. 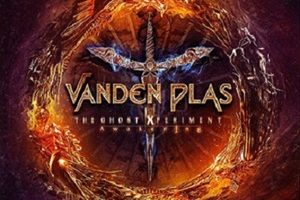 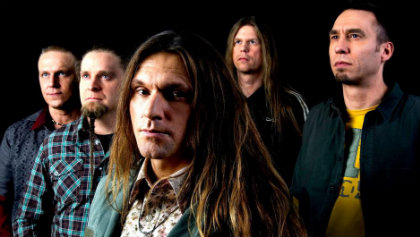