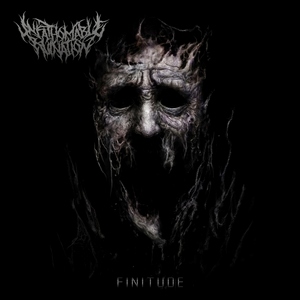 Like it or not, brutal death metal does usually come with a pre-conceived notion (as with much music sadly). With an emphasis on slam/groove above all, a number of metal fans tend to look down on the genre without giving it a fair shake. Unfathomable Ruination’s second full-length effort, Finitude, is one album that many should be floored by – a brutal combination of the downright heavy with some complex song structures sure to keep your attention.

What makes Finitude work is that there is a wall of sheer heaviness from track to track, but the band doesn’t rely on it as its only weapon. There’s the density and atmosphere that a band like Ulcerate provides, frantic speed and some technical workings, and of course, some crushing groove and breakdowns. It’s the whole of which that feels most impressive – the band isn’t doing anything that others haven’t tried before, but their particular combination of it all yields a particularly high damage factor. You get the initial rush of adrenaline that brutal death metal provides, but as you continue to listen, you’ll hear some of the stronger framework that supports it – Finitude isn’t the type of album that you’re going to forget about following its finale. But speaking of which, closer “Forge of Finitude” does impress with its slow build – moving at its own pace from an atmospheric beginning to bursts of speed in the second half of the song, then finishing up with some melodic/sci-fi riffing. More progressive melodies and riffs sprinkle added depth without compromising their brutal premise, like on “Neutralizer.” On the other end, “Pestilential Affinity” and “Nihilistic Theorem” offer the absolutely frenetic feeling the genre is known for – pummeling NYDM-esque breakdowns, walls of blasting and gargantuan riffs, and inhuman vocals.

Finitude provides the skull-crushing brutality that brutal death metal fans crave, yet blends in more technical, progressive, and darkly atmospheric vibes that will ensure you come back for additional helpings. No doubt that this one will receive plenty of praise as word continues to spread, and for good reason. 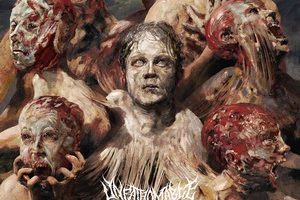