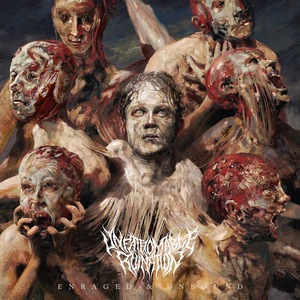 Now that we are coming towards the end of it, 2019 has been quite a solid year for death metal. A number of bands have really stepped up their game and provided potent examples of how one can be undeniably brutal while still having some consideration for making sure the album is a memorable one. It’s in this same spirit that Unfathomable Ruination have returned with their latest release (3 years since Finitude), and they continue to showcase their blend of monstrously heavy yet enjoyable material.

Finitude was an album that worked because it eloquently blended sheer aggression and pounding riffs with some subtle melodies and memorable structures. Enraged and Unbound does the same things as its predecessor, thought it ups the level of polish to be heard. The first immediate draw to the material is that of its bone-crushing riffs and wall of demolition that the band can bring about. The title track is a short and sweet reminder of this, balancing surprisingly catchy grooves with perpetually forward-moving brutality. Short of a noticeably melodic solo, it’s more or less sheer pulverizing energy. The approach is done well enough to still put the band near the top of the pack, but they’ve got more tricks up their sleeves. “A Prophetic Compulsion” can throw down as much aggression as anything else in the genre, but twisting progressive melodies and impressive dynamic changes as the song progresses make it a real show-stopper. The same can be said for “Protoplasmic Imprisonment,” but it ups the melodic side even further with some eerie but majestic leads that effectively couple with the chunked mid-tempo riffage and blazing upticks in speed.

Those who think that brutal death metal can’t be memorable need to look up Unfathomable Ruination without a moment’s hesitation. It delivers an absolute gut-punch in terms of the visceral carnage it can ramp up, but it’s more than a mere adrenaline fix. There’s also no shortage of catchy riffs to coincide with the destruction, making it an album that you will have no issue returning to over an extensive period of time. 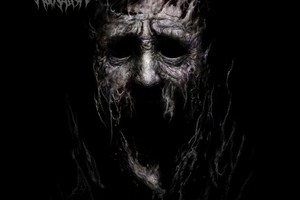