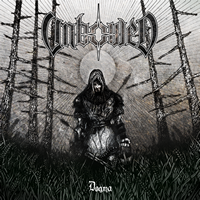 Returning with a new EP following their 2014 full-length Collapse the World, this Canadian band knows how to flex some muscle without compromising some utterly sweet melodies. In fact, somewhere between the sorrow of Omnium Gatherum and the intense and upfront attack of Behemoth lies Unbowed, who leave a remarkable impression once Dogma has finished playing.

In comparison to previous releases, the production has really been taking up a notch on Dogma. A more crisp sound is here compared to their full-length (and previous EP), and it really helps to usher in the melodies. The opening cut, “Beseiged,” opens with such a majestic melody that it’s hard not to be drawn into what the band is up to. That sorrow-filled vibe that OG and Insomnium capture is represented beautifully here, but Unbowed is much more than mere Finnish imitators. Second track, “Echoes of Cernunnos” may open with some equally enthralling melodies, but it isn’t long before more blackened influences rear their heads and ratchet up the intensity a few levels. The vocals are upfront and manage to draw some shades of dynamics as you move through the songs, mirroring the mood of the track. The musical evolution continues with the final two tracks, again pushing more black influence into the melodic death framework, with “The Fall” coming off a bit darker than the previous tracks. Also worthy of note are the synths, which never get in the way but also pull the album into various directions that the rest of the band can riff off of.

An impressive set of four tracks, which effectively merge elegant melodies with more brutal riffs in a way that feels fresh and intriguing. The blend of elements on Dogma is masterfully done, and it seems that Unbowed is fully ready to drop a full-length that rivals even the strongest in the scene. 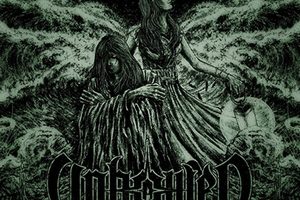