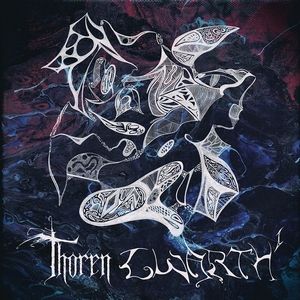 Occasionally, there are instrumental releases that makes one question the necessity of vocals in extreme music. Thoren, which features members/ex-members of avant-garde extreme heavyweights Imperial Triumphant and Pyrrhon, are one of those such bands. Gwarth I is the first part of a massive undertaking of 19 tracks (of which we get 9 here), which will give dissonant and technically-inclined metal fans more than their fair share of ‘wow moments.’

Completely instrumental in tone (think Blotted Science in that notion), there are no genre ‘barks/growls’ to interfere with Thoren’s attack. While some may yearn for such familiarities and pleasantries, one will not even miss them as the release progresses. In fact, it does really seem to help streamline the effort and keep it focused, and allows it go twist and turn into different directions as needed without the need for coherent vocal patterns. There’s a ton of jagged and spiraling guitarwork done as a result, which can really intensify the situation at hand (“Galvorn”) and give the listener a full-out death metal throttling. There’s never a lack of menace, and the level of playing that goes into these parts doesn’t fail to impress readily, even if the complexity sometimes shoots quite far into the tech sector. Then there’s the creepy dissonant vibes that the album radiates as it slows down further (“Tyranny” or “Scatha”), offering a dreary feeling that meshes well with the explosive riffs. The only misstep seems to be that of “Kos,” which starts off slowly but never really seems to go anywhere – as the album’s longest track it provides a bit of respite in its haunting dissonant vibes but it never picks up and goes anywhere. A minute or two shorter and towards the middle might have made it more compelling but it seems a wasted opportunity as is.

Overall, there’s an impressive display of dissonant and technical fireworks to enjoy with Gwarth I. With only one unnecessary lull in the equation, it gives plenty of powerful performances that may seem initially daunting, but are just the type of thing that fans should enjoy and provide anticipation for part II in 2019. 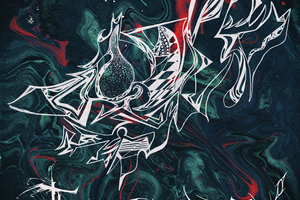