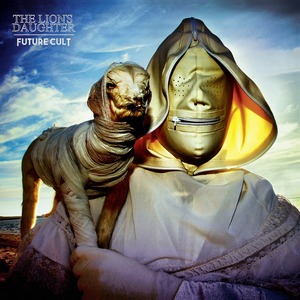 While it’s harder and harder to get a classification of ‘forward-thinking,’ it’s usually worth the effort to continue to track down bands that are worthy of such an accomplishment. The Lion’s Daughter bring an interesting angle to their third album, Future Cult, outside of the rather striking cover art. That angle being an intermixing of ‘70s inspired horror soundscapes and synthwave into their blackened, sludgy, death metal-ish mixture.

If there’s one thing that’s bound to initially impress, it’s just how smooth and integrated it all is. The mixture is one that truly works, and provides a haunting beauty to some rather bleak and gritty music. The metallic portion never suffers or feels compromised in this situation, instead getting an added level of depth to it all. Synthwave acts like Perturbator have proved how caustic (and metallic) these vibes can be, and by going the full depth alongside driving guitars, rattling drums, and abrasive roars. The thundering and doomy/sludgy riffs of a song like “Die into Us” can be shot forward into a more upbeat form – one that has a hard time escaping you once it ends. Tremolo melodies add another topping to enhance the flavor, and the clash with the synths provide a fresh spin to the formula. Other tracks like “Suicide Market” engulf themselves with an almost industrial heaviness to them, elevating the sense of urgency behind it and adding more chaos into the pot. The resulting concoction is one that can be startlingly heavy at times, yet surprisingly memorable and dramatic.

The Lion’s Daughter took a risk with changes to their sound on Future Cult, but should be reaping the dividends in the near future. The synths provide some added melody and progression to a filth-ridden formula that brings out the best of both worlds. It’s an enticing mixture that’s ripe with potential. 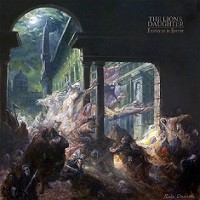