The Animal in Me – Running from the Noise (Self-Released) 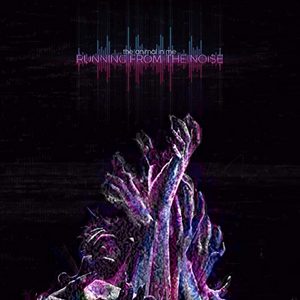 As much as some may chagrin at the mere notion, there’s a lot of potential for metal acts that are willing to spruce up their sound with non-metal influences – particularly when it comes to the electronic side of things. While some may recognize the act for a large number of ‘metal covers’ of more contemporary pop music, The Animal in Me has also been growing their own music as well. Running from the Noise is their latest release, and one that is really hard to pinpoint what it sounds like – but it’s completely addictive if you let it in.

Elements of metalcore, modern prog/djent, post-hardcore all sit on the harder side of the band’s sound, while it’s also equally embracing more electronic and even pop elements into their structure. It is quite modern in tone, and is completely unabashed in what it delivers. The band is quick to drop and add elements or change the proportions as the album progresses, and it makes for an incredibly quick 35-minutes as they give the listener a bit of everything. On the heavier side of things are “Underdog” and “Doubt.” Here, playful melodies are employed alongside some punchy groove elements as screamed vocals help augment the energy – as “Underdog” switches into a soaring vocal chorus from Laura Vierra. “Doubt” utilizes some quick-fire barks in the verses opposite some galloping tempo, and it later avoids more clichéd ‘beauty and the beast’ formatting by keeping things a bit heavier while Vierra launches into an insidiously catchy chorus. In between you have cuts like “Choke,” which rely on some more progressive noodling in the melodies and veering further from the usual clean/harsh vocal formatting.

The more pop-influenced elements come out with songs like “Keep Moving,” with a bouncy yet atmospheric lead-off and an anthemic chorus, without forgetting to toss in just the right amount of heaviness to make it dynamic. On the other hand, “Free” mostly drops the heaviness altogether (with the exception of a bit of chugging in the chorus), opting for more electronics and atmosphere to team up with Vierra, who shows she can pull off extraordinary tenderness without sounding too saccharine in the process. Even in some crunchier moments, like “Stay Connected,” these electronic and pop injections aid in making the music feel fresh, pushing it into a different trajectory than many of their peers.

Showcasing a vast and modern blend of influences, The Animal in Me have a broad appeal that could put them in front of both metal and nonmetal audiences. Running from the Noise has a lot going for it in that arena – catchy guitarwork and a strong sense of how to blend melodies and sounds, energetic and digestible formatting, and Laura Vierra’s thoroughly impressive vocal performance. If you are up for something fresh-sounding, this is a band to get behind.