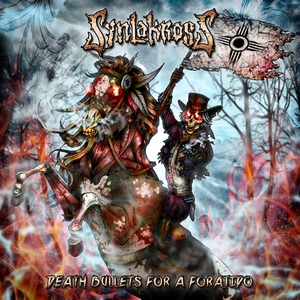 Every day, it gets a little bit harder to find some room to call your own in metal. That’s what makes bands like Synlakross all the more appealing – able to take well-worn ideas and give them a fresh spin. The Spanish band’s second album, Death Bullets for a Forajido, tackles several metallic edges and some interesting themes to twist things in ways that should appeal to a broad stroke of fans.

Taking an aggressive, flashy spin on melodic death metal (think Arch Enemy) and combining it with moments of more melodic, female-fronted metal/rock and a wild west theme seems like it shouldn’t work. But Synlakross make it work, spectacularly well in fact – avoiding the usual pitfalls and focusing on the best of these genres. Melodic death riffs hit hard and often, as “Shooting at Dawn” and “Attack on Train” provide ample proof of. Patricia Pons offers up plenty of snarl and bite to go along with the thrashing guitars, colorful solos, and heavy grooves. Some strong clean vocals occasionally alter the trajectory of these songs, with “Billy the Kid” and the bouncy “Just One Shot” shifting gears into much more sharply melodic territory, but the transitions work – giving some added depth and intrigue to the tracks and bringing them in directions that may not have been expected. More melodic tracks like “Shadow Lady” further diversity the album without pushing the boundaries past melodeath interest. It’s not until the final song (“Bleeding Kansas”), that Pons focuses all effort on cleans, while the band provides some softer moments to close the album with. The wild west theme works as well – giving the band some different territory to tackle than what most bands are offering up, and gives a ‘metal’ approach without the usual death & decay topics.

A fresh twist to the usual elements is all that was needed to give Death Bullets for a Forajido some legs to stand on. Energetic from beginning to end, it’s the type of album that really gain a foothold with the right push. Synlakross are really onto something here. 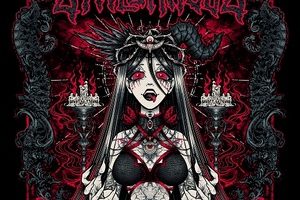