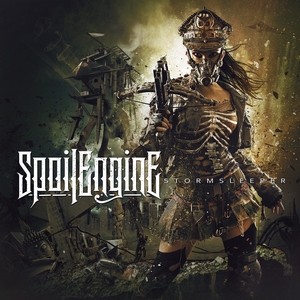 Long-time metalcore act Spoil Engine took a chance in re-inventing themselves a bit following the loss of vocalist Niek Tournois. Whereas previous material was rooted more in the NWOAHM traditions (Lamb of God, Machine Head, Trivium), Stormsleeper sees the band stretching further into melodic death metal territory alongside new vocalist Iris Goessens. The result is a modern metal release that pulls in more variety while sharpening a more metallic and satisfying edge.

That’s not to say that the band has abandoned their roots, as Stormsleeper does feel like a natural progression to what they had accomplished with The Art of Imperfection, albeit a ratcheting up in sonic heaviness and intensity. Much like Jinjer or labelmates The Charm The Fury, Spoil Engine offers a diversity that’s almost easier to discuss on a track-by-track basis. Modern grooves, caustic screams, and charging riffs define the abrasive opener “Disconnect” and its follow-up “Silence Will Fall,” with the latter going into a catchy melodic chorus that comes as one of the first showcases of Goessens’ excellent clean vocal work. There’s some more rippers scattered throughout the album, such as the frantic melodeath riffing of “Hollow Crown” and fiery leadwork of “The Verdict.” Other songs move in a more atmospheric route, such as the almost Dark Tranquillity-esque synths of “Black Sails,” which also has some of the album’s most compelling melodies – effectively turning the track into a fist-raising anthem. “Singing Sirens” and “Weightless” take on a gloomier tone without disregarding the band’s flair for intensity – it’s here where Goessens truly shines, as does the band’s rhythm section, knowing how to balance vocal hooks with interesting build-ups to equally enthralling riffs.

Stormsleeper’s biggest strength lies in the ability to balance energetic riffs that engrain themselves into the listener’s head, with chunks of memorable and emotive melodies that add in without compromising the visceral edge. While the distinctly modern touch, such as some profanity-soaked lyrics and emphasis on groove, may cause some to be initially leery, it’s an album that reveals more of itself on repeated listens than what one may pick up from the initial spin. Spoil Engine have successfully launched themselves towards the head of the modern metal class with Stormsleeper. 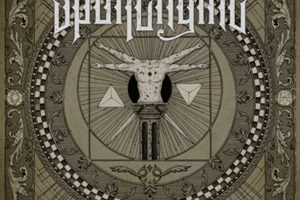