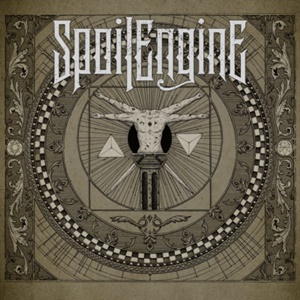 Developing their chops in the 90’s Belgian underground hardcore scene, Spoil Engine are a four-piece act that bridge a heavy, modern aspect to their sound with that hardcore aesthetic plus groove-enhanced spots for their latest effort Renaissance Noire. The biggest shift for this veteran act is in the singer role – previously Niek Tournois held that slot during their earlier days, now aligning since 2015 with Iris Goessens who presents a triple threat scream/growl/clean delivery to embody the different textures present in these ten tracks. It’s a highly addictive approach, as the band throw everything from melodic death metal to metalcore and groove/ambiance into the mix, always conscious to connect to the listener with slamming hooks and segments that energize and elevate bodies.

Sometimes the dynamic dropping of certain instruments and allowing other musicians room to breathe produces those ‘aha’ moments of memorable interplay – check out “Venom” in that regard as the churning Steven Sanders staccato/djent guitar riffs and brief keyboard sequences give bassist Dave De Loco and drummer Matthijs Quaars short bursts of tandem rhythm section highlights. It’s evident that the band studied the work of Pantera, Soilwork, and Killswitch Engage, but also have a sense of injecting outside metal/hardcore influences to keep the proceedings focused and accessible in a pop way during sections of the ballad “Golden Cage” as far as the clean guitars and lower/alternative clean voice Iris develops (think Doro Pesch here) plus electro/cyber textures during an otherwise melodic death masterclass track “The Void”. Spoil Engine excels beyond the expected norms of their favored genres because of Iris’ explosive range and diversity. Her abilities to channel everything from unmitigated rage to reflective, emotional soul searching- often in the same song as “Medicine” and closer “Storms of Tragedy” illustrate – is game changing and rarely done with conviction from all angles. She could be the Speed Strid of her generation as the band gain more of a foothold on the scene.

Consumers these days desire bands that can take a base sound and add in natural spices to gain distinction in a very crowded scene. Spoil Engine with Renaissance Noire should appease those into metalcore and melodic death metal that contains enough weight and heart without pandering to the lowest common breakdown denominator. 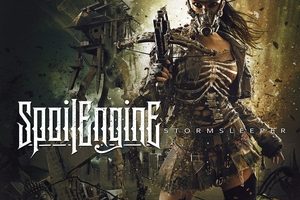