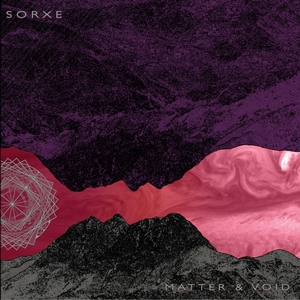 It’s been cited many times, but stoner doom and sludge (like many metal elements simply taken at face value) can have a limited range and scope. There’s only so many ways one can arrange those Sabbath-y riffs into something that feels fresh. For what it’s worth, Arizona’s Sorxe do not fall under this particular category as they attempt to implement a number of different influences and moods into their stoner and sludge influenced brand.

Thick, grimy, and filthy riffs all start off well and good when “Hypnotizer” runs through the speakers. Like Neurosis before them, there’s a massive wall of sound once things get going, and the act has no problem implementing some catchy melodies when the time calls for them. Of the six tracks, the first three really hit all the right notes. There’s some sludgy sections, some more stoner-esque melodic moments, and even some rock/grunge infiltration (with strong clean vocals) to boot. It’s monstrous, catchy, and most importantly, never overstays its welcome. At 5-6 minutes, there’s enough room to spread the wealth among their influences without meandering too far in any one direction. “Never to See” even leans in a more psychedelic direction with success. It’s the second half of the album that things begin to slip a bit. “Black Water” and “The Endless Chasm” reach into the 8-9 minute window (“Eastern Transmission” acts as a short bridge between the two), and the dip into further exploration of atmosphere doesn’t feel as strong. There’s good ideas in both tracks, particularly the aggressive push towards the finale of “The Endless Chasm,” but neither track seems to hold the attention the way that the opening trio does.

One wouldn’t classify Matter & Void as a weak record, but it’s very front-loaded. The shorter bursts are where Sorxe seems to shine (as on their previous release), and it seems a more logical route to take as the pathway as they progress forward. It’s a fresh take on the stoner/sludge vibe, but there’s still a few steps to take to total glory. 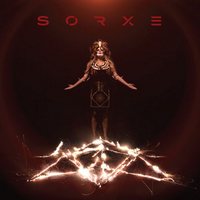 Sorxe – Surrounded by Shadows (Self Released)