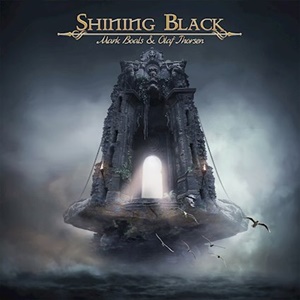 Originally coming together when vocalist Mark Boals was working with Labyrinth on a new album in 2014 following the departure of Roberto Tiranti, schedule conflicts made this lineup unmanageable and after a hiatus Tiranti returned to Labyrinth for the Architecture of a God album released in 2017. Remaining in touch, Mark and Labyrinth guitarist Olaf Thörsen felt a musical connection that final comes to fruition through this self-titled debut record. Filling out the lineup with fellow Labyrinth members Oleg Smirnoff on keyboards, Nik Mazzucconi on bass, and Matt Peruzzi on drums – its easy to imagine based on these ten tracks what could have been sound-wise with Boals fronting the band – as it definitely possesses that melodic power and semi-progressive presence that elevated their music to prominence decades ago.

For a man in his early sixties, Mark Boals has taken care of his voice magnificently – able to shape his melodies and versatility in softer, emotionally resonant phases for the ballad “A Sad Song” just as easily as his natural upper echelon note-rising capacity when called for during the mid-tempo, catchy as hell opener “The House of the Fallen Souls”. Which probably makes things so much easier for Olaf as a songwriter and guitarist to put the man in proper positioning for professional execution and that extra cherry on top of the already proverbial strength of the music and arrangements – adding those necessary bass, keyboard, and drumming spotlights song to song without wearing out their welcome. Shining Black know how to deliver that breathtaking up-tempo power song chock full of bombast, energy, and pacing – “My Life” and “The Carousel” two headbanging thrillers, the latter featuring some progressive interplay and wonderful clean to heavy transitions. We all know Olaf can shred away at the electric axe, but it’s his depth of songwriting and obvious pop/classical textures that give an acoustic/electric number like “The Day We Say Goodbye” that standout ability – a back half effort featuring more exciting melodies and harmonies from Mark which in a just world would be a top ten radio hit blasting across all car stereos.

Understanding the duties of most of these members in Labyrinth, Vision Divine, and other projects – if this only happens to be a one-off, Shining Black made the most of their time together to release a brilliant melodic power/progressive metal offering.