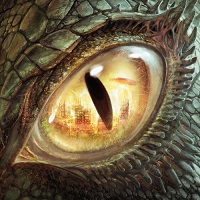 Rogga Johansson and Christian Alvestam should hook up one day, just so the ridiculous amount of projects that bear both of their names can have some kind of joint union. At last count, Johansson has roughly a dozen that are presently active; Alvestam has eight, meaning, the former Scar Symmetry lead throat has some catch-up to do in the side-band department. The industrial/death/grind influenced Quest of Aidance may fall somewhere in the middle of the project pecking order for Alvestam, but at least it’s not a throwaway, as evidenced by the strength of the band’s  Misanthropic Propaganda debut.

Nestled somewhere in the polished production, various machine-created noises, and grinding sets is an affinity for melody, and while it’s not of the saccharine variety ala Scar Symmetry, it recalls when Dissection were all guns blazing on The Somberlain, or the brief moments Marduk wanted to hang out with harmony. Casting aside some occasionally annoying synth work, the bulk of Misanthropic Propaganda is capable of keeping the listener on its toes, whether it’s the catchy “Section 34” (nice melodies) or hammering “Deadly Viral Strain.” Plus, vocals seem to be more than just an afterthought, with raging, but discernible calls having an impact on “To No Avail” and the sturdy “Like Shadowing Suns.”

Probably the sole (and biggest) gripe here is that you don’t ever get settled with Misanthropic Propaganda. The Quest of Aidance lads seem to fancy skirting from one idea to next, when they should be driving certain ideas into the ground, only because they’re mostly strong. The album isn’t designed for those with ADD, but you’d have to wonder if Alvestam and crew were cognizant of going too deep in the melody department just to stave off comparisons to some of his other acts…