One Without – Thoughts Of A Secluded Mind (Lifeforce Records) 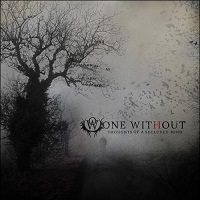 The last female-fronted Swedish “death” metal band (we’ve really stretched that term… “death metal”) to come along was Amaran, who in the span of two better-than-average albums, left little impact. It’s not an easy thing to do and when you sully it up with pop singing

, as in the case of One Without, it’s going to be an uphill battle.

Catrin Feymark has a cut above average voice; she doesn’t take charge of things and oftentimes relies on the same timbre to execute choruses that aren’t all that memorable.

There are some pretty light, Euro-pop ready moments here, specifically “Your Game,” the tuneless “Farewell,” and “Separation,” which might be the most redeeming song

of the bunch. Beyond that, One Without plays it pretty close to the vest, which is a detriment to otherwise sound, but unmemorable songs toward the back of the album like “Once In Silence” and “Chained.”

And one can almost see where One Without is headed (bright lights, big hooks, big city), but this is the wrong market for it…