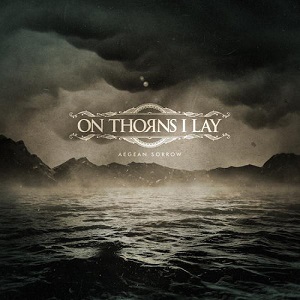 It appears woven into the DNA of forerunning Gothic doom bands to change their style. Quite hard to ponder very many who have stood firm (Novembers Doom? October Tide?), while it’s easy to reflect upon those who have gradually changed and mutated, like Greece’s On Thorns I Lay. Started as — you guessed it — a tried-and-true Gothic doom band with plenty of death metal vocal heaps and forlorn melodies, the band eventually grew tired of that and started using predominant female vocals (the Crystal Tears album being the best of that era), then shifting into straight Gothic rock territory. As it has come to be, On Thorns I Lay have come full circle on Aegean Sorrow, their eighth studio album.

Complete with a rather harsh and deadening blend of atmosphere, doom, and melody, Aegean Sorrow often find On Thorns I Lay wandering through the weeds, but not always getting to the point. While their contemporaries in October Tide and now, even, Paradise Lost (again!) have proven capable of getting down to business with their compositions, the songs here are often slow-starters, save for the achingly-excellent opening to “In Emerald Eyes.” While the two-part “Oleethros” tethers harshness and lushness in one fell swoop, the furrowed, hazardous plotting of “A Sign of Sadness” gets the nod here as the best cut of the bunch.

Contrary to their early days, there is significant competition in the death/doom field, especially of the darker and/or atmospheric type. On Thorns I Lay may have actually been a better Gothic rock than a Gothic metal band, which in a scene that sometimes prides itself on staying in one spot, sounds backward. Aegean Sorrow will easily please the purists, though. 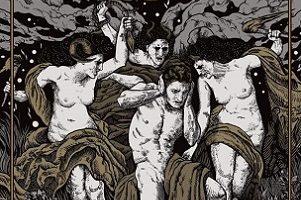