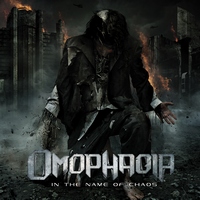 Akercocke, Fleshgod Apocalypse, Devin Townsend, Omophagia. If you can’t guess the connection yet, it’s that all of the above have brough some suit-and-tie, well-dressed sense to metal (certainly there are more but it’s the point of the matter). Fashion-sense aside, the Swiss death metal machine of Omophagia are delivering their second full-length, and first for Unique Leader, with In the Name of Chaos.

A frenetic and calculated attempt at modern death metal, with all its bells and whistles, Omophagia are hardly breaking new ground. With the frequently blistering pace they set, it quickly calls to mind the Polish quarter of death metal and their “speed first, ask questions later” assault to brutality. It’s intense, visceral, and sure to leave your head spinning after the first playthrough. With all of that speed though, it’s often hard to differentiate track to track. It all hits like a freight train, and listening to the album as a whole tends to become a blur – to the point where it’s hard to find those moments that make up a song’s identity. That’s not to say that the band isn’t trying. There’s even an acoustic break for 40 seconds with “Despair,” but it doesn’t even give enough of a break to allow the listener a chance for breath before they are again pummeled by “The Dominant.” The technically impressive riffing and frequent battery is impressive if you check out one song (see “Until the Sky Turns Red”), but over the course of nine attempts (leaving out “Despair” and the intro) it borders on monotony.

Despite solid technical chops, In the Name of Chaos will sadly be forgotten the second you end the album. For the band’s third effort, it’s recommended that some more dynamic tempo changes infiltrate the brutality to keep things memorable. Ultimately, this is an exercise in blistering adrenaline, but not much to make you want to return to it. 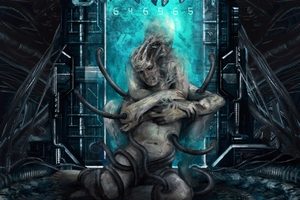