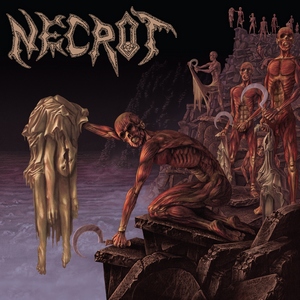 Necrot more or less took the death metal underground by storm with their first full-length, Blood Offerings, in 2017. So much so that they’ve been on the road heavily, meaning it took a bit longer to get to album number two. But now Mortal is here, and it shows just how strong Necrot’s death metal consistency is. Something uncompromising, memorable, and quite heavy indeed.

While there’s an old school aesthetic to what Necrot does, it doesn’t fall into some of the clichéd traps that many recent bands find themselves in. Necrot is all about the songwriting, and Mortal truly shines in that regard. The songs are methodical, driven, and are ready to pierce into your skull and make themselves a home in there. Take the 8-minute title track for instance, which is content to simply lumber out some slower riffage and focus all of its effort on digging into some massive grooves and otherworldly guitar work in its second half. It’s heavy, it’s intense, but it never feels obligated to just blast away at 300bpm. Instead it revels in a grimy and ugly coating that the listener can really get absorbed into. Not that the band isn’t capable of shredding, as the frantic “Stench of Decay” admirably displays, it’s just that they know it’s not their only weapon. “Sinister Will” flexes some nasty galloping riffs that ride along with catchy melodies, lays into heavy mid-tempo grooves, and isn’t afraid to slow things further down into some near crawling territory. There’s something to be said for the placement of the tracks too. There’s a great sense of flow that the band commands from beginning to end, understanding where to have more high-tempo and slower sections and songs.

Mortal proves that Necrot are fit to be among the upper echelon of the old school death metal movement. Their songwriting has strengthened, as well as their energy, making Mortal a fun listen for extreme metal fans. 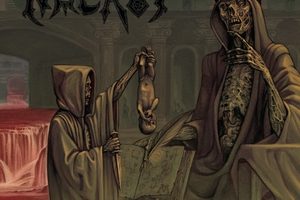