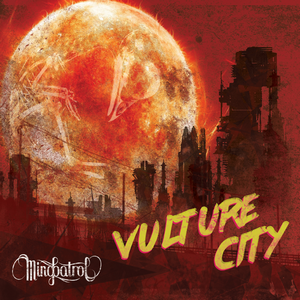 Lots of bands take other inspirational sources, such as books and movies, as their source for crafting conceptual albums. But there aren’t a lot of bands that can claim that they wrote a book that is a tie-in to their album. Mindpatrol do exactly this on Vulture City, with vocalist Luc Francois writing a novel that coincides with their third album. As such, you can imagine that there’s quite a bit going on in this release.

While it’s easy enough to tie the ‘progressive metal’ tag to Mindpatrol, there’s quite a bit going on below the surface. In just listening to the first few tracks, you can get a glimpse of the scope and sequence of the band’s material. “Mother” plays right into galloping melodic death metal territory, with driving rhythms and confident barks (stronger here than on previous efforts) roping in some progressive riffs into the mix. “Whoreheart” dips further into the progressive spectrum, with some flowing leads and intricate riff structures, along with some clean vocals, showering the landscape. “Calamity (The Cleansing)” goes full death metal at its onset, with some later grooves and blastbeats cementing it as one of the heavier tracks on the album (even if it’s not without some catchy material). That covers most of the range of the release, though the acoustic opening to “Enjoy (The Violation)” and black metal-influenced moments of “I, Observer with Crimson Hands” also serve to diversity things. There’s a lot of enjoyable leadwork and the combination of heavier and more progressive moments is notable, but when the album ends, there’s not as much that sticks for some reason. It never really steps outside the norms, ultimately feeling more familiar than it should.

Vulture City is a varied album that has an intriguing story and lyrical base. While there is a level of comfort in the structuring of the differentiated elements, the musicianship can stand on its own. If the band continues to expand their horizons moving onwards, it will put them in an even stronger position. 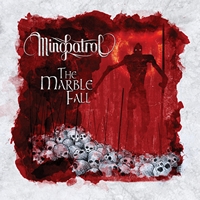