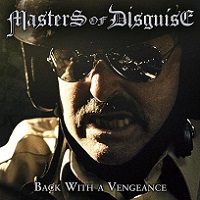 You can imagine the scenario. U.S. speed metal band gains major acclaim overseas but struggles to gain much of a cult following in the 1980’s, breaks up, people play the “Where are they now?” game and a reunion show or two comes down the pike. Follow it up with a re-release of said “gem” albums, and then talk comes into focus of a new studio album.

Such was the case for Savage Grace, who a few years ago was vocalist Christian Logue and the live touring lineup now here in an original incarnation paying tribute to said band. Christian bowed out of the SG spotlight again for unknown reasons, so the German foursome grabbed vocalist Alexx Stahl (Roxxcalibur, ex-Viron) and forge ahead with 10 tracks in that power/speed 80’s mold.

Charging forth with high octane screams and melodies, galloping riffs and tempos that would make all into early Omen, Iron Maiden, and previous Savage Grace roar with approval, songs like “Never Surrender,” “Sons of the Doomed” and wah-wah pedal heavy “Into the Unknown” transport you back 30 years with energy and metal abandon. Masters Of Disguise prefer stripped down, natural tones and production techniques, another plus in an era where it’s so easy to punch in, sample, and manipulate what gets done in the studio so you wouldn’t know the difference between human and computer performance.

Overall, Back with a Vengeance contains all the dual guitar flash and dash, pumping rhythms and double bass/ fill work that makes heavy metal such a special genre for anyone 18 to 80 and beyond to hold up with eternal glory. So dust off the back patch filled denim jacket, strap on your bullet belt and raise your fists to the sky! 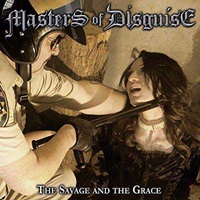