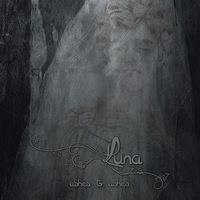 Another anti-summer release, this one, and an honest funeral doom record to boot. Hailing from Ukraine, a place no stranger to trauma nowadays, Luna is nevertheless fairly pointed in its direction and for the most part nails it in the execution. Ashes To Ashes is one continuous track (and honestly this isn’t a bad thing as most funeral doom albums tend to bleed together anyway) and instead of signaling significant changes between songs, there is instead here the subtle shifts that demarcate movements while themes emerge and fade away time and time again.

Opening with an almost industrial-like quality and transitioning between peaks and valleys from there, some notable things stand out: chiefly among them a lack of vocals. Not that it’s a bad thing, really, for the majority of funeral doom releases the vocals are rarely more than deep gutturals that enhance the mood more than contribute musically but for awhile it is nevertheless jarring as the album bumps along without. Somewhat akin to the layout of a dense novel, the first half is built around exposition and slower-paced building, moods and motifs cycled and exposed in slow motion. This, of course, is only because once the second half starts to kick in, while the pace doesn’t pick up (quite the opposite at times, as there’s an organ-lead section in which the bottom falls out and the presence is fucking suffocating) the pieces that had been so carefully set in place are scattered with abandon.

Still, even for fans of the genre, this album may be a tough sell at times due to the nature of its requirements and its many eccentricities. Despite the length and style it never really drags its feet, utilizing the piano and synth independently from one another and adding assorted choir/choral effects for good measure. While most of the northern hemisphere is enjoying the back half of summer you now have the chance to give yourself fully to the throws of winter made manifest in Ashes To Ashes. The road is hard and fraught with peril but in the end, the most worthwhile things usually are. 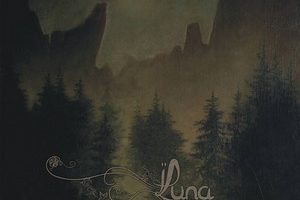