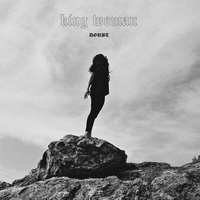 A nifty idea: Female-fronted drone doom. King Woman is the product of Kristina Esfandiari, who originally formed the band in 2009, only to undergo a few years of inactivity. After rounding up a new stable of musicians, the band got to work on what would become the four-song Doubt EP. As with all doom bands, there is lift-off from Sabbath, but, the simply massive guitar tone, coupled with some excellent, winding drone melodies makes King Woman more of a post-doom prospect than anything else. Regardless of the way any of us journalistic hacks peg the band, Doubt is a seismic stab of roar-woman doom.

Esfandiari’s vocals stay largely in the mid-range, usually staying out of the way, unless we’re talking about the rambling line of “and you take, and you take, and you take…” on the excellent “King of Swords,” which is simply a forlorn and destitute number, one that is about as morose as any jam to pop up thus far in 2015. It’s all the gentle melodies and big, open chords, something King Woman works like a charm on the proceeding “Burn” and closing number “Candescant Soul,” where again, that monolithic guitar tone wreaks aural havoc.

Being that King Woman are relatively unknown outside of the close-knit doom community, the applicable strength and charm of Doubt should not be taken lightly. Some may make a beeline comparison for Kylesa or Royal Thunder based on the gender aspect, but doom this good knows no sex (not that kind of sex, mind you). Captivating stuff all the way. 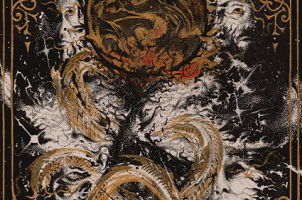