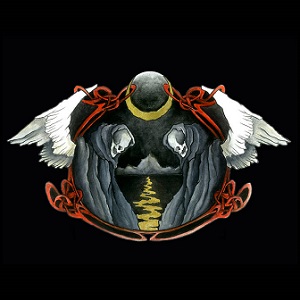 It has been the hope, or ambition, to stricken the word “Cascadian” from metal’s vernacular. Visions of bearded would-be woods-y dudes wearing flannel and thick-rimmed black eye-wear while attempting to parlay “their take” on black metal into something worth holding onto has thankfully diminished over time. Why a legitimate, on-the-boundaries band like Seattle’s Isenordal would be so prone to use the tag outside of geographical accommodations is anyone’s guess. After all, it could limit the band’s potential. Their self-released Shores of Mourning is too good to be caught up in such nonsense.

Caught somewhere in the vast, spacious areas of funeral doom, black metal and neo-folk, Isenordal’s unflinching attention to drama and melancholy pays vast dividends. Often working on songs-within-songs (the opening title track being a prime example), Isenordal allow their compositions to absorb droves of violins and cellos, along with deft, throttling riffing, as so found on the excellent “Of Winged Fire and Crawling Shadow.” The sublimely mournful and encroaching “To Tear at the Veil of Dreams” (surprised Candlemass hasn’t employed such a song title) corrals the band’s funeral doom angle, moving in churning melodic guitar lines and as mentioned, violin and cello splendor.

Shores of Mourning’s absolute climax comes via “Cleansing Rites” a number draped with female vocal adornments and carefully-placed acoustic guitars. It’s this type of attention to detail and ability to create a reflective, if not depressive space is what makes Isenordal, let alone Shores of Mourning so gratifying. Really, a lot of “best of both worlds” happening here, from My Dying Bride solemnities to the drag-you-down aura of funeral doom at its finest. Surely Isenordal won’t be unsigned for long.