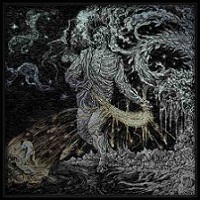 A hereby unknown quantity out of Poland, In Twilight’s Embrace play a decidedly ‘90s-heavy brand of melodic death metal, which makes sense—they have a very ‘90s moniker to begin with. With a sound and aesthetic yanked from the exact point in time when melo death was unbeatable, all the Poles have to do, really, is follow the leader(s), or if we want to get down to it, stay within the lines. On The Grim Muse (their third proper full-length, which was actually released in 2015 but it seeing a vinyl release now), In Twilight’s Embrace show that there still are bands with enough smarts to hitch their wagon to Gothenburg’s glory days.

With any sort of saccharine elements absent in their music (same goes for clean vocals), In Twilight’s Embrace create a noticeable death metal hustle. Able to hang with grueling, feverish runs (“Dystopian” is a prime example of this), the balance is carefully struck, and rightfully so—this is exactly how the likes of early At the Gates, Dark Tranquillity, and In Flames went about their business. Therefore, it’s sort of fitting that lead At the Gates screamer Tomas Lindberg pops up on the album’s title track, lending his ever-convincing roar to the proceedings.

But The Grim Muse is more than just Lindberg’s quick appearance. The crisp melodies scattered across jams like “A Wolf I Remain,” “No,” and “The Becoming” are riddled with proper homages to a bygone era; however, this is not a rehash album, but rather the work of a band who fancies themselves as the rightful alternative to what melodic death metal has become. It will only get them so far, but on The Grim Muse, it’s just enough for now.