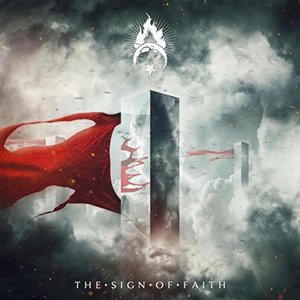 Rare is the band that finds an avenue that best serves them so quickly into their profession. Ignea is a new name on the block, though the act was around for a few years prior as Parallax and have put together an EP and single to that name and solidified their bases. The Sign of Faith is their first release as Ignea, and first full-length, yet it shows signs of a band much further along in their years.

Much of what builds Ignea isn’t the most innovative, but they put it all together in a fresh way. There’s a direct component of symphonic metal (think more along the lines of Epica than Nightwish) as well as some melodic death metal influences in heavy riffs and both male and female extreme vocals. But the piece that stands out the most is the folky, Middle Eastern influences that weave into each song. There’s some added energy and inspiration that come from the blend of all three sources, and it makes for a fresh take. They can go from sprawling, epic numbers like “Alga,” which brings the symphonic and Middle Eastern vibes to a head, without forgetting some heavy riffing, to the calm lulling melodies of “How I Hate the Night” to absurdly catchy with “Alexandria.” They also try their hand at more electronic-based integration with an Ultra Sheriff cover song (“Leviathan”), which could bear some even more promising results if they experiment with it further in the future.

Ignea has no problems in pulling different influences into their sound and keeping it a cohesive mix. As such, it generates a wide swath of listeners that could be intrigued by their sound for one reason or another. There’s some very fertile ground for expansion in Ignea’s future, but The Sign of Faith itself serves as an excellent hybrid of grandiose symphonic elements, Middle Eastern influences, and melodeath riffing that should make for many a return listen.