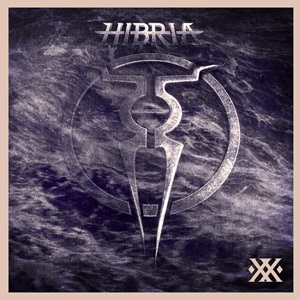 Thwarted by the border patrol in the fall of 2015 due to improper work visas, Brazilian power metallers Hibria finally got things in order to hit North America this August for a brief month-long tour on the 20th anniversary as a band. Thus the need for a product to promote, this being XX that consists of 3 studio tracks plus 4 live songs. Conflicting accounts from the PR firm and group though as to whether this is an album or EP (at 40:40, that’s a full record to this old school scribe) – and given the couple of ‘horn’ oriented curveballs thrown on last year’s self-titled record, will the quintet expand horizons again or stick to the tried and true impressive musicianship that the faithful desire?

If bluesy meets progressive metal guitar runs tickle your fancy, there’s a lot to love about opening studio cut “Leading Lady” – it’s as if axe men Abel Carnargo and Renato Osorio put Warren DeMartini’s fluidity during “Way Cool Jr.” through the Hibria power machine, while Eduardo Baldo provides the steady semi-jazz back beat over heavy double bass and groove. “Music” has more of the standard riffing tricks and dancing bass trademarks we’ve come to know and love from the band, Iuri Sanson gliding up and down his multi-octave register to convey the positive energy of the lyrics, new bassist Ivan Beck injecting a funky bass lead around the 2:52-3:03 mark. The heaviest of the three originals “Fool’s Paradise” has a crunchy, staccato-oriented down picking main passage and softer, more tranquil instrumental moments while the guitar and bass work again exemplifies stellar control and uniting forces, mesmerizing the brain and body to check out what comes next.

Of the four live songs, “Tightrope” is the newest, while you can never go wrong with the closing adrenaline-fueled “Tiger Punch”, probably one of my favorite Hibria songs in their catalog. It’s only a matter of time for more of North America to buy into Hibria as their homeland, Europe, and the Far East have – this is solid power metal with off the charts chops, a case where the talent matches the delivery. And much like Angra, the open ended quest to inject fresh outlooks on their particular niche should elevate them to the top of the class. 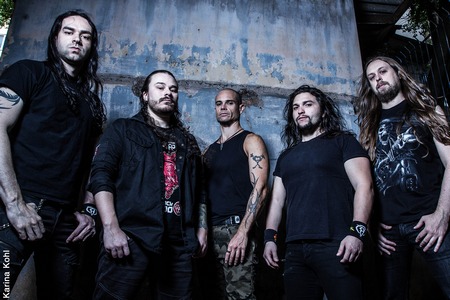 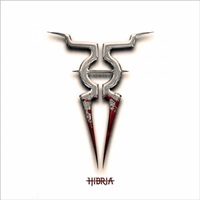 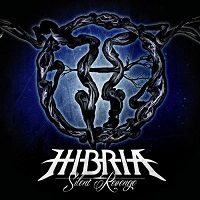