It’s usually a good thing when something wastes no time in getting straight to the point. A common facet of many cultures outside of the English-speaking world (especially here in the States) is to let conversation simmer and atmosphere build before getting ‘down to business’. The same thing happens with most forms of music as well. Yeah, not here on Crystalline. Hark waste zero time in bashing faces with attitude and aplomb with opener “Palendromeda” and going straight for the groove-laced madness like few bands can hope to achieve.

Related to several other recently-covered groups and the overall umbrella family of stoner/sludge/whatever groups that have recently become so ubiquitous, Crystalline is nevertheless a standout listen. “Black Hole South West” couldn’t be a more fitting title, given that the bass within it is so thick as to rattle walls to dust in its slow-march toward some cosmic damnation. Moods and tempos vary aplenty across the album, at times relying on the slow (the aforementioned) or the upbeat and rocking, as in “Breathe and Run.” There are spacey asides and plenty of time for atmosphere and indulgences in the exploratory and melodic to flow between bouts of glacial groove, also featured beautifully in the aforementioned “Breathe and Run”.

For fans of volume and being awash in slow-smoked awesomeness, Crystalline has much to offer. Even the longer songs rarely stay put for long, bouncing from point to point with a fashion that can only be described in imagery: namely being beaten to death by trees. This is a colossal, bruising, hell of a good time and fans and newcomers alike are apt to find something to love here. 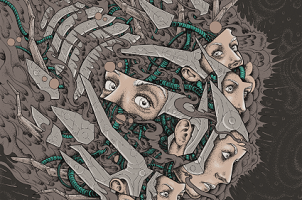 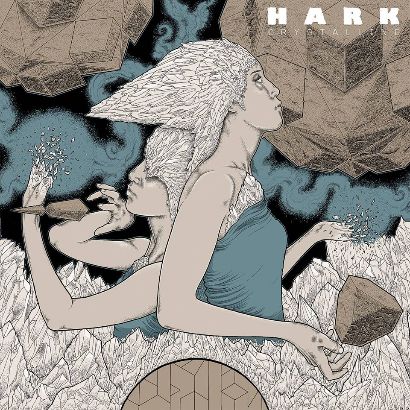