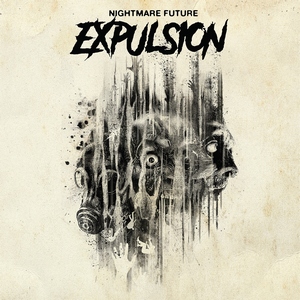 Super-group alert! Expulsion takes a number of scene veterans – Matt Harvey (Exhumed), Matt Olivo (Repulsion), Danny Walker (Intronaut), and Menno Verbaten (Lightning Swords of Death), and combines them into a new beast. Based on the players involved, you can get a pretty good guess this isn’t going to be dinner party music. Nightmare Future is a short EP that merely introduces the act.

An approach that encompasses death metal, thrash, crust, and grindcore, Expulsion are leaning towards the ‘old is new’ feel that has been championed in recent years. There are seven tracks that make the 14-minute cut, so you can be sure that these have been trimmed down to the bone (hence some of the grind influences). But stylistically speaking, there’s more death metal, crust attitude, and thrashy feelings to the music than that of grind. It’s frantic and ready to mow down whatever hits its path, but that’s mostly it when push comes to shove. No one expects much on the melodic front, but some quick solos are featured throughout (even the 1:17 “Mask of Fear” scores one) and they give the band some favor on that end. The biggest issue that does tend to come up, after listens even into the double-digits, is that of memorability. It’s the usual problem of this style, but one would hope that given the talent involved, they would be able to skirt the issue a little bit. One would be hard-pressed to call out a favorite in the bunch due to the familiarity that they tend to share.

Followers of the band members in question will still get something out of Nightmare Future, as will those adrenaline-seeking folks looking for an old school fix. But if you happen to fall outside that range, there’s not much else that Expulsion really offer on this debut. 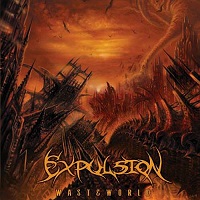