End of the Dream – Until You Break (Painted Bass Records) 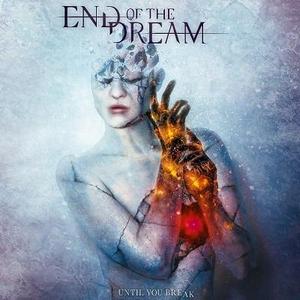 Ever wondered what would happen if Evanescence decided to channel their more metallic and symphonic aspects to move into a slightly heavier direction? While the Dutch quintet are certainly more than that mere depiction, it’s a good starting point to whet the appetite so to speak. Until You Break is an album that sounds like a band that’s just about to break-through.

Sporting a production from Joost van den Broek (as did their debut, All I Am), the powerful production allows the band to stand neck and neck with the genre’s veteran big names like Delain and Within Temptation or equally spry up-and-comers like Forever Still and Beyond the Black. There’s a reason why those names were chosen, as End of the Dream is more direct and rock-oriented in their version of symphonic metal, and while there are some rather large and booming symphonic elements in the background (like “Wakeless”), the riffs do stand upfront. Rousing cuts like “Who Do You Think You Are” and “Defile” work because they contain headbangable riffs that have some breathing room from the keys or piano-work that are more strongly built into more mellow tracks like “I Am Nothing.” In fact, the sense of balance between upbeat riff-rockers, mid-tempo cuts with some added electronics (“Erase Me”), and more melancholic (the standout “Your Poison”) helps to keep the lengthy album soaring. And of course, a band like this has to have a strong vocalist, and Micky Huijsmans more than fits the billing, with the power to drive home the more exciting tracks (like the title track) while having the finesse to play the ballad card emotionally (the opening of “The Light”) without being too saccharine.

Symphonic without being overtly so, End of the Dream grasp that it takes an entire band to create a compelling act. Until You Break may not break the mold, but it’s vastly stronger than much of what the scene tends to churn out. A solid reminder of how effective a straight-forward attack can be. A release this good shouldn’t be left under the radar.