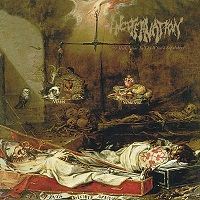 On more than a few occasions this calendar year, we’ve blabbed incessantly about the pros and cons of funeral doom, or bands

that at least have ingredients of funeral doom in their sound. Since 2011 did manage to pop out a pair of worthy releases by way of new efforts from Mournful Congregation and Esoteric, there’s a bar to reach, and it should be set even higher because Ahab didn’t put anything out this year. Naturally, this doesn’t explain the rather drab nature of Encoffination’s O’ Hell, Shine Thy Whited Sepulchres, but the preceding releases don’t do the band any favors…this is leagues behind the rest of the funeral doom/death field.

like, Encoffination almost instantly restricts itself. It’s difficult enough trying to make snail’s pace death metal sound interesting, so the bottom drops out of the album right around the time “Ritual Under Blood” hits, which amounts to an exercise in futility. A matter of fact, the rest of the album sounds like a beginner’s death metal band hammering out their songs in the garage, minus faster tempos, save for “Crypt of His Communal Devourment.”

Perhaps we’re in the wrong or Encoffination strike a much better chord with other people, but man, O’ Hell, Shine In Thy Whited Sepulchres puts a big ‘ole smear on funeral doom for 2011. This is as bottom of the barrel as you’re going to find. 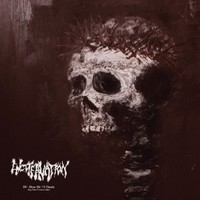 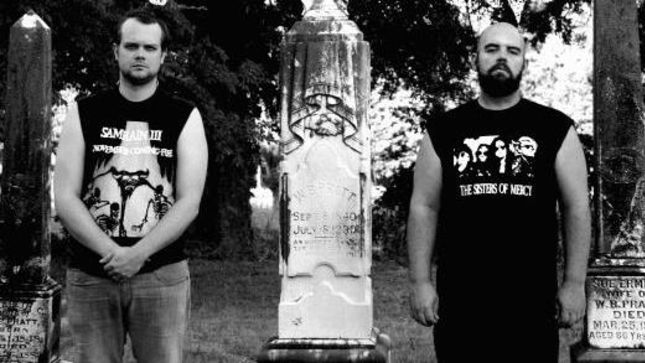