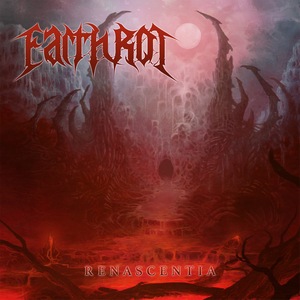 What happens when you take your standard, HM-2 Swe-death worshipping band and combine it with some black metal influences? Ask the Aussies in Earth Rot if you are looking for more information, as their second full-length, Renascentia, hits exactly both of those marks with ease. It’s about everything you’d expect from the dark and foreboding cover art…and maybe a surprise or two along the way.

Earth Rot’s method of attack is explosive and certainly rooted in the old school Swedish death metal landscape. The familiar buzzsaw finds its way into many moments within, but what seems to have more sway is the insertion of a more blasphemous blackened influence. This is quickly and easily noticed with the first two tracks, “Terraform” and “The Ancient Fire,” which take example helpings of rolling death metal crunch with tremolo riffing and black-ish blasts. Melodic solos help to give the band a breather from the otherwise frantic assault – and it’s this formatting that seems to follow the band at every moment in the first half of the release. Then a surprise comes in – “The Bones That Lie Beneath the Earth” brings a mellow sensation (with gothic-esque clean vocals to boot) as well as a guest saxophone solo from Shining’s Jørgen Munkeby. The melodic sensibility carries over into the following track, “Bestial Shadow Forest,” one of the album’s highlights with a great mix-up between melody and brutality. The other surprise comes at the end of the album, as closer “Unfurled, The Cover of Darkness” sees a larger black metal influence seep through the cracks of the death metal plating, allowing for some further melody.

The few surprises that Renascentia brings with it gives the album a welcome shake-up from the usual Swedish sound-alike tropes. Even if it stays firmly grounded in the black and death traditions, there’s no lack for energy or passion coming through the speakers – a solid slab of the extreme. 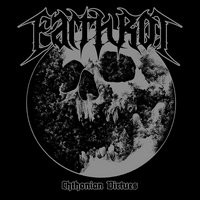