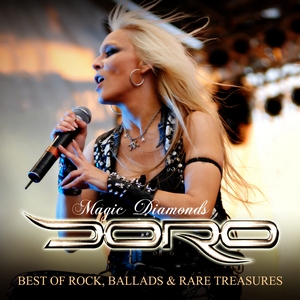 Surely, there’s not many metal fans that aren’t familiar with Doro Pesch at this point in time. She’s been living the metal life for decades now as the Metal Queen. But for those few that haven’t, this massive greatest hits collection is an excellent reference point of many highlights over her time in metal. It’s also something that long-time fans are going to absolutely treasure.

With an extensive 3cd set, there’s no lack for favorites over the years in the collection. A quick Google search can give you the details, but just know that this set covers it all (as the name implies). But the bonus, particularly for long-time fans, is the clear amount of care that came into selecting tracks, and giving some different versions. The cds are peppered with some live cuts, as Doro is perpetually out on the road, and some of these are from more recent tours. There’s some fun covers to be had too, such as Metallica’s “Nothing Else Matters” and Judas Priest’s “Breaking the Law,” that stand out with her take. The set also does a nice job of showing the plethora of guest musicians she has had on her releases, from Pete Steele to Lemmy to Tarja Turunen, and the undeniable chemistry she seems to attract with other metal musicians. It’s nice to see the attention not just given to her more rocking tracks, but some gentle ones too, as the tracks are nicely separated into their own discs so that you can pick or choose based on your current mood.

A real no-brainer for fans as well as any who may be looking for a nice starting point to one of metal’s greatest treasures, Magic Diamonds is a collection that was put together with plenty of TLC by the Metal Queen herself. There’s much to treasure within these volumes, and they serve as a fitting tribute to Doro’s longstanding legacy within the genre. 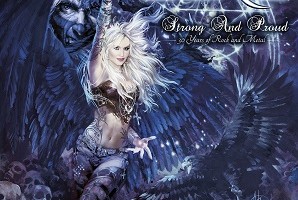