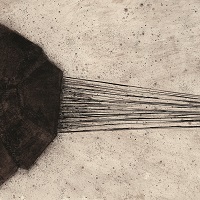 One the several long-form, post(ed)-out, atmospheric metal bands jostling around Europe, France’s Dirge have origins in the industrial metal scene, where they had a far less barren and enticing canvas in which to work. (Name one viable industrial European metal band. You can’t, and neither can we.) Subtle shifts in sound have led them to their fifth album (and first for Debemur Morti), Hyperion, which depicts a carefully-crafted subtlety that works in near-perfect conjunction with speaker-ravaged heaviness. In essence, this is post-metal at its most versatile.

The gradual volleys between somewhat-sludgy riffing and melodic tosses is evident upon 8-minute opener “Circumpolaris,” where the band’s over-flowing distortion palette is established, along with the ravaged vocals of Marc. This stance is elaborated upon via album highlight “Floe,” where lush, singular guitar melodies blaze the trailing along with the aforementioned Marc’s sing-scream approach. And actually, Marc (no last name provided), is perhaps the most singular entity in Dirge; he’s adept at handling smooth cleans, and phlegm-ready screams, so when he’s coupled with female vocals on “Venus Claws,” the results are ultra-satisfying.

The time-honored template of having really long songs is in full play here (it wouldn’t be post-metal if that weren’t the case), so the occasional meander on “Remanentie” is the stark reminder that bands of Dirge’s ilk have little consideration for time management. But, when one’s ideas are as fully-realized, explosive, and multi-faceted as they are on Hyperion, it leaves little room for complaint, but rather, the open door for a standout post-metal outfit who have surprisingly been well under the radar since the mid-90s. 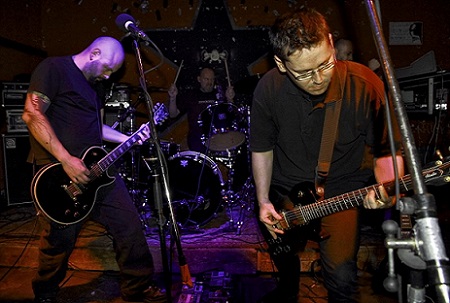