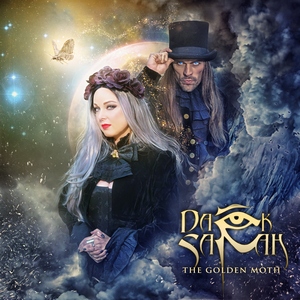 An ambitious planned trilogy is finally coming to conclusion with Dark Sarah’s The Golden Moth. The story which started with the title character making their way through The Middle World with Behind the Black Veil, leading to The Underworld with The Puzzle, now sees the end in sight with The Upper World. Previous guest JP Leppäluoto (ex-Charon) reprises his role as The Dragon full-time, adding yet another layer to the cinematic act.

Admittedly, previously checking out some of the earlier sections of the trilogy didn’t leave as much of an impact as The Golden Moth. While Dark Sarah has stayed true to the symphonic elements they’ve been mustering from the start, much of the previous releases seemed far too rooted in the genre’s tropes and need for over the top antics. By no means are they gone here on The Golden Moth, but the scope seems more suiting, and the vocals of Leppäluoto give more of a counter to that of Heidi Parviainen – giving her some fresh energy to feed off of. Despite some strong guest contributions, the interaction between the two frequently appear to be the highlights of each track. From the melodic “My Beautiful Enemy” to more driving “The Gods Speak,” there’s no doubt the pair has some excellent chemistry together. The cinematic vibes are quite strong, at times almost feeling like a theatrical performance (see “Pirates”), which will be hit or miss for some but certainly a plus for genre fans. The only minor gripe still concerns the riffing, which is more atmospheric and mood-setting than standout, but it does suit its purpose well.

A fitting conclusion to a 3-album storyline, Dark Sarah do end on their highest note to date. While it’s the type of release that will be a niche one to the symphonic market, it’s sure to please those who have been following the band since their onset. Where they go from here will no doubt be the next question. 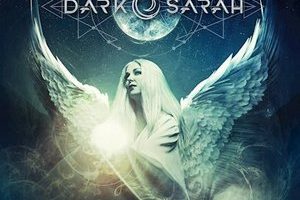 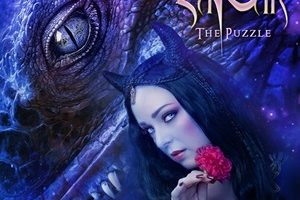 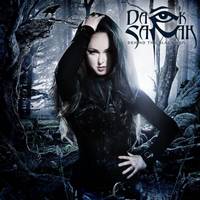