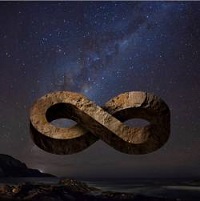 Swiping the “ALT” with “Human” makes for a snazzy band name, doesn’t it? Surely all of us have used the vaunted keyboard function of “Control-ALT-Delete” at one time or another, so there’s some context as to what this Netherlands-based industrial black metal group is about…deleting humans, basically. Their hard-to-pinpoint take on black metal immediately recalls Satryricon when they were at their most avant-garde on Rebel Extravaganza, but alas, The Prime Mover might have outsmarted itself. Or out-whackied itself.

Weird or whacked, doesn’t matter which angle one approaches Control Human Delete. Their cold and unforgiving riffs usually trail off, never finding the right landing spot. It’s often the case on The Prime Mover where the band starts a second promisingly (see album opener “New Replicator”), but as things progress, more unsettled ideas make their way into the fray making the songs sound rather…unsettling. Of course, being uncomfortable is one of the primary tenants of black metal in its various formations, which is why the two-part “Continuous Data” has some meager worth, even if the industrial tinges are subsequently static and immobile.

Control Human Delete answers the bell in the difficult, warped black metal department. There’s little doubt in that; but the overall aesthetics and slippery angle in which The Prime Mover operates makes one think this was an experiment gone far too wry.